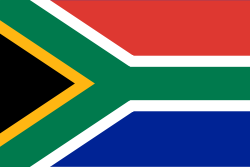 In October 2019, the Namibian Ministry of Environment and Tourism, Directorate of Wildlife and National Parks, in partnership with the Namibia Association of Community-Based Natural Resources Management Support Organizations (NASCO), facilitated a seven-day study tour to Namibia for a delegation from South Africa. The program consisted of a combination of interactive technical workshops and field visits to engage with communities in different conservancies, meetings with Conservancy committees and Traditional Authorities

Rapid urbanization has the potential to improve the well-being of societies. If managed prudently, it can transform the development course of economies. But the path of urbanization is also fraught with numerous human development challenges intensified by poverty, economic disparities, lack of housing and basic services, inefficient transport systems and lack of sustainable financing models. The world needs inclusive and sustainable urbanization as recognized by Sustainable Development Goal (SDG) - Goal #11: Sustainable Cities and Communities.

Air and road connections are the most commonly mentioned constraints to growth for tourism in Sub-Saharan Africa. The Government of Madagascar (GoM) has set itself the ambitious target of welcoming 500,000 tourist arrivals by 2023. In this context, under the Madagascar Integrated Growth Poles and Corridor (SOP2 Project), funded by the World Bank, a Route Development Committee for Madagascar is in the early stages of establishment.

Over 80% of worldwide new coal-fired power plants due to begin operating between now and 2020 will be in middle-income countries in Asia: China, India, Indonesia, Vietnam, Philippines and Pakistan. Together with the existing plants in operation in these countries, this will lock-in 260 gigatons of carbon dioxide emissions over their remaining lifetimes, which would exceed the carbon budget available to the power sector to be consistent with limiting global warming within 2 degrees.

The governments of Cameroon and Ghana wanted to use oil and gas revenues more effectively to promote economic growth and reduce poverty. They also wanted to improve transparency and accountability in the sector. However, Cameroon and Ghana, as well as many other African countries, have had difficulty managing and sustaining the windfall wealth and savings from their natural resources.

In 2008, the Government of Yemen declared the Arabian leopard as its national animal, recognizing the leopard’s endangered status and threats to its habitat, such as human population, prey depletion, and poaching. This declaration focused attention on Yemen’s need to strengthen its management of Protected Areas (PAs), better monitor biodiversity, and enforce wildlife laws.

With Nepal’s transition from monarchy to republic in 2009, a decade-long civil insurgency endured by the Nepalese people finally ended. The Government of Nepal (GoN) wanted to learn how other countries had reintegrated combatants into society and successfully increased the role of local governments after similar conflicts. The GoN asked the World Bank to identify suitable knowledge exchange partners, and the World Bank responded by facilitating an exchange with South Africa and Rwanda.

Improving Performance Audit Capacity in Indonesia: Toward a More Effective and Efficient Government

Capacity Building for Creditworthiness of the City of Ulaanbaatar, Mongolia

The city of Ulaanbaatar (UB) had reached a secure budgetary position to fulfill its goal for obtaining creditworthiness and issuing municipal bonds to mobilize financial resources. But it lacked the knowledge and experience to move forward. Finding the cities with the necessary experience to share, UB engaged Johannesburg and Tshwane (Pretoria) in an exchange to learn how to prepare for a credit rating assessment and take actions for successful bond issuance.