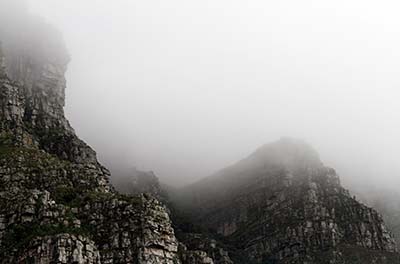 In 2008, the Government of Yemen declared the Arabian leopard as its national animal, recognizing the leopard’s endangered status and threats to its habitat, such as human population, prey depletion, and poaching. This declaration focused attention on Yemen’s need to strengthen its management of Protected Areas (PAs), better monitor biodiversity, and enforce wildlife laws. Yemeni authorities particularly sought to improve management of the Hawf Protected Area – a reserve in the east of the country contiguous with Oman’s Jebel Samhan Nature Reserve – as administrative capacity and community engagement in this PA were insufficient. With Bank support, a Yemeni delegation engaged in an exchange with South Africa and Oman, which have expertise in managing PAs, to share experiences in community-based PA management, biodiversity monitoring, and wildlife protection.
In November 2011, seven officials from Yemen’s Hawf Area, Environmental Protection Authority (EPA), and other national entities visited South Africa to learn from experts at the South African Biodiversity Institute and South African National Parks. They traveled to the Namaqua National Park and Richtersveld Trans-frontier Park to learn how to engage communities in financing, managing, and monitoring parks, such as through South Africa’s Eco-Ranger program, in which community members use cybertechnology to monitor park ecology.  In May 2012, Yemeni and South African officials visited Oman, where they met with staff from the Office for the Conservation of the Environment as well as with park staff and communities in the Jebel Samhan Nature Reserve and the Sareen Arabian Tahr Reserve. Delegates learned about Oman’s programs for protecting wildlife and natural resources and eco-tourism initiatives, which can increase jobs, incomes, and economic growth.
Through these exchanges, delegates improved their capacity in community-based management of PAs and biodiversity and wildlife protection. The Director of Yemen’s EPA suggested that new knowledge would help the EPA to enforce key laws and agreements protecting wildlife, such as the Convention on the International Trade of Endangered Species. The President of Eco-Tours in Yemen suggested that he would apply learning to improve tours in the Hawf Area. In addition, Yemeni and Omani officials enhanced their capacity to cooperate on managing natural reserves across borders.
The exchange established a trilateral platform to continue learning among Yemen, Oman, and South Africa.  Since the exchange, the Yemeni Government continued working with the World Bank and donors to advance programs in community-based protected area management.

The Arabian leopard, whose original habitat includes Yemen and much of the Arabian Peninsula, has been extirpated from most of its range and is one of the world’s most endangered large cats.  To protect the leopard from threats such as human population, prey depletion, and poaching, the Government of Yemen declared the Arabian Leopard as its National Animal in 2008, and the leopard has become a flagship species drawing attention to broader conservation needs. However, Arabian leopards and wildlife have continued to decline in Yemen, largely due to inadequate management of Protected Areas (PA), insufficient monitoring of biodiversity, and weak enforcement of wildlife laws. Yemen’s Hawf Protected Area in the east of the country and contiguous to Oman’s Jebel Samhan Nature Reserve has in particular lacked a rigorous system of managing and monitoring resources and wildlife.
To complement a proposed program to protect natural resources financed by the Global Environment Facility (GEF), the World Bank suggested that officials from the Hawf Area and Yemeni organizations visit South Africa to learn about managing PAs from South African National Parks (SANParks) and the South African Biodiversity Institute (SANBI). Both institutions had track records in engaging communities to manage and protect PAs, and SANParks also had a history providing South-South learning. The Bank first proposed a visit to South Africa in late 2011, followed by a visit of South African experts to Yemen. However, travel restrictions to Yemen led to a change of the visit of South African experts, and instead the organization of a study tour to Oman to investigate how officials managed the Jebel Samhan Nature Reserve. The goal of this exchange program was for country officials to share experiences on how to strengthen community-based protected area management, improve biodiversity monitoring, and enhance transregional cooperation.