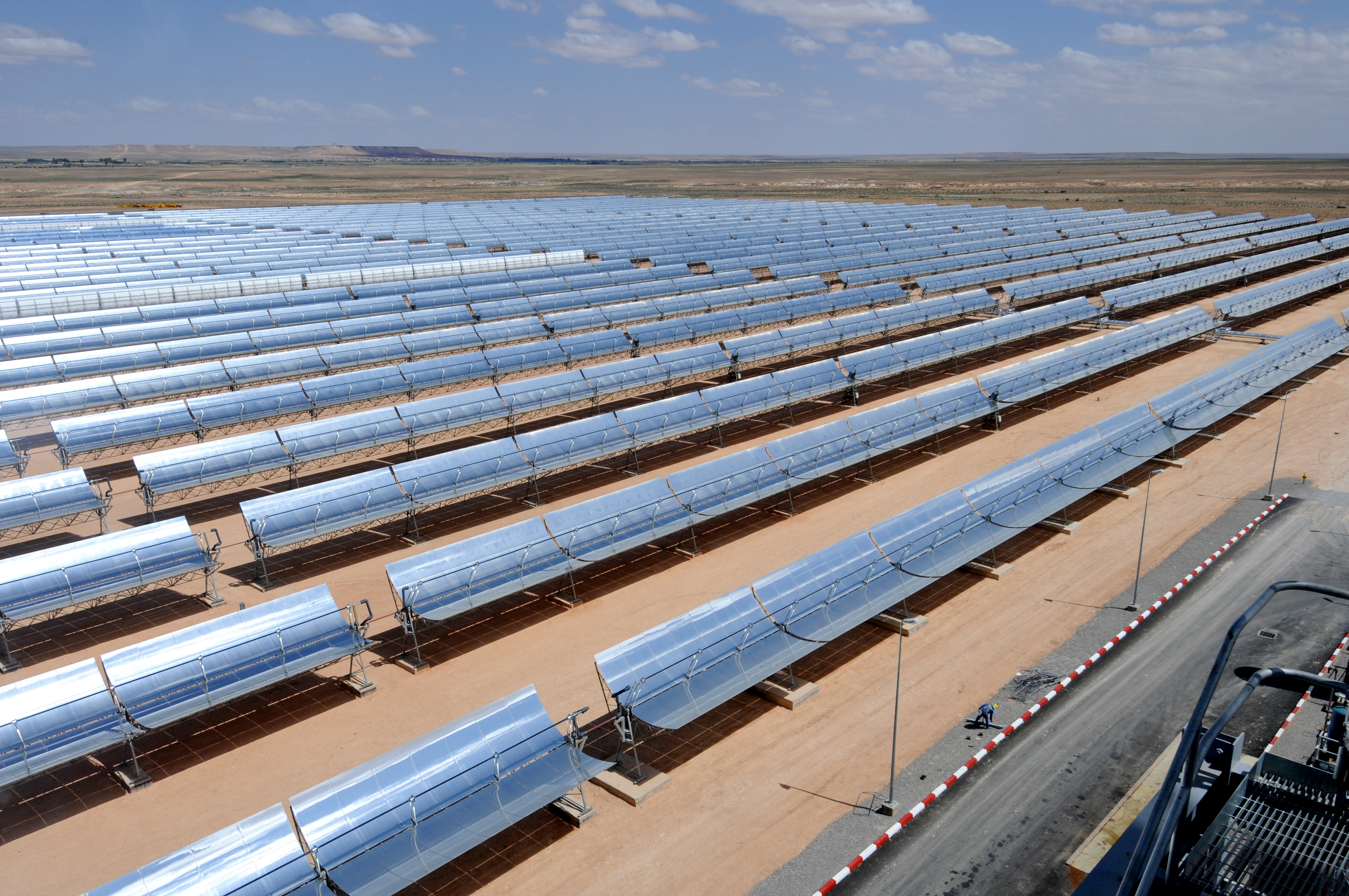 Over 80% of worldwide new coal-fired power plants due to begin operating between now and 2020 will be in middle-income countries in Asia: China, India, Indonesia, Vietnam, Philippines and Pakistan. Together with the existing plants in operation in these countries, this will lock-in 260 gigatons of carbon dioxide emissions over their remaining lifetimes, which would exceed the carbon budget available to the power sector to be consistent with limiting global warming within 2 degrees. Support for policies and investments to maximize energy efficiency and clean energy in Asian countries will therefore not only benefit local populations through greater energy productivity and cleaner air, it will also contribute critically to the Paris Agreement targets.

As part of the Follow the Carbon/Energy Transition (FTC/ET) in Asia initiative, a programmatic South-South knowledge exchange (KE) was organized by the World Bank with funding support from the South-South Facility. Three KE activities around issues of renewable energy (RE) auctions, energy efficiency (EE), and grid integration of RE were successfully held in Singapore (first two) and Qinghai, China (final one), respectively in May 2017, January 2018, and September 2018. The main objective of this initiative was to transfer knowledge and best practices on the three topics to the six Asian countries under the FTC/ET initiative - China, India, Indonesia, Pakistan, the Philippines, and Vietnam. The workshops facilitated peer-to-peer networking and generated clients’ demand for follow-up technical assistance and capacity building on RE auction, EE, and grid integration of RE in each FTC/ET countries.

While energy efficiency is known as the “First Fuel” of economic development due to its enormous potential and low cost, implementation progress has been slow, mainly due to the difficulties in finding scalable business models and attracting commercial capital to support these investments. For various institutional and technical reasons, countries around the world, especially middle-income countries in South, East and Southeast Asia, have been struggling to identify scalable mechanisms to promote it.
All these countries have a renewable energy portfolio, but the key is for policies to allow this to scale up at an affordable price.  The investments are largely concentrated in a handful of countries, predominantly in India, China, USA and Europe. Other countries in Asia are keen to develop their RE potential and learn about the experience from around the world on various RE policies, such as auctions, feed-in-tariffs, and RE portfolio standard. At the same time, China is experiencing serious difficulty integrating wind and solar energy into the grid and needs to handle the trade-off between coal/ natural gas and RE in the power system. In fact, over the last few years, a global trend has seen an increasing auction schemes which have rapidly driven down the price of electricity generation from solar PV and wind by reflecting the reducing technology cost and resulted in a massive scale up of investments. There is a pressing need, therefore, to understand and overcome constraints to least-cost generation, which include the absence of an enabling policy and regulatory framework, as well as lack of experience with auction design and risk mitigation mechanisms.

To more rapidly translate the business models across countries for similar cross-cutting deals, three programmatic South-South knowledge exchange workshops were co-organized by the World Bank as part of the Follow the Carbon/Energy Transition (FTC/ET) in Asia initiative. The activities were designed to exchange good practices and lessons learned and to enhance connectivity among country peers leading to new and improved actions. It brought together resource expert and representatives of policy makers, private companies, and financial institutions from the six Asian countries. Each of the participating institutions has established practices for capturing and sharing knowledge.

Expert panels
The programmatic workshops comprised three separate knowledge exchange events. The topics of the events were Renewable Energy Auction, Energy Efficiency, and the Grid Integration of Renewable Energy respectively. Resource experts from countries that have successfully implemented RE auctions, including Brazil, India, Peru, South Africa, and United Arab Emirates; have successfully implemented EE policies and programs, including China, India, Japan, Korea, Mexico, the United Kingdom and Singapore; and are successfully integrating RE into power systems including Australia, Denmark, Spain, the US, and the International Energy Agency (IEA) and General Electric (GE), shared their experience and lessons learned on the topics. Break-out group interactive discussions were followed at the end of the sessions.

Site visits
During the EE workshop, field visits were organized to the world’s largest and most efficient district cooling facility, a green hotel and a green hospital, to first hand learn green buildings in Singapore. For the Grid Integration of RE workshop, the field trip comprised visits to the world’s largest solar PV park (4.5 GW) in Qinghai, the largest power station of hybrid PV (850 MW) and hydropower (1 GW) at Long Yang Gorge by Yellow River Hydropower Company, and the dispatch center of Qinghai Grid Company in Xining to showcase their experience of 100 percent RE grid integration in nine consecutive days. The State Grid also outlined its challenge of RE grid integration that RE generation exceeded 1.5 times of the maximum local load in some regions, particularly Northwestern provinces.

Knowledge exchange network
The workshops were interspersed with knowledge exchange network between the FTC/ETC country representatives, resource experts, and the WBG staff as well. The workshop provided participants from the FTC/ET countries with the opportunity to learn first-hand experience from their peers, particularly the chance to interact with the resource experts and discuss the policies and tools around the RE and EE topics.

Apart from the three major activities, a camera crew was hired to document the workshop, and they also interviewed some of the participants to explore what they learned at the event and how they expect to use this knowledge upon their return to their home countries. Proceedings of the workshop were also produced after the workshops. Some countries outside the FTC/ET initiative also expressed interests in attending the workshop, and dissemination of these material was helpful to a wider audience.

The early results of the three knowledge exchange workshops are new knowledge gained and enhanced connectivity, while the long-term results triggered by the workshops are new and improved actions taken as well as new demand for lending or Advisory Services & Analytics (ASA) from the World Bank.

During the three workshops, new knowledge regarding the specific issue and subject of each workshop was shared, which can be summarized respectively as follows.

Grid Integration of Renewable Energy:
The ET countries are at various phases of variable renewable energy (VRE) grid integration (solar PV and wind). Most Southeast Asian countries are at the starting phase with very low share of VRE in the grid system. China and India have noticeable VRE share in the system, and some regions of China such as Northwest China have experienced very high share of VRE in the grid system. All have huge potential to scale up over time with proven technical solutions and institutional reforms. From a technical perspective, integrating high levels of VRE into traditional electric power grids poses distinct issues due to the intermittency nature of PV and wind power.

The workshops allowed for a dynamic exchange of knowledge between the FTC/ETC country representatives, resource experts, and WBG staff. Participants particularly appreciated the networking opportunity among practitioner. Triggered by common needs and supported by the newly established network, new and improved actions were subsequently undertaken between the participants.

Following the workshops, the six countries began tailoring knowledge learned to their specific context and leveraging the newly established network for joint efforts in maximizing EE and clean energy. During the process, new and improved actions were undertaken.

NEW DEMAND FOR LENDING OR ASA

The KE workshops contributed to trigger country demands for new lending or ASA from the World Bank. For example, the solar auctions project in Vietnam was partly triggered by the first KE event. Moreover, several on-going WB-funded projects were strengthened through the knowledge exchange, including the Integrated Coastal Zone Management Project in India.