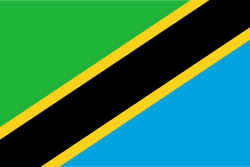 Climate Action Peer Exchange (CAPE) is a forum for peer learning, knowledge sharing, and mutual advisory support. It brings together ministers and senior technical specialists from finance ministries across the world, as well as World Bank staff and other international experts, to discuss the fiscal challenges involved in implementing the Nationally Determined Contributions (NDCs) established under the 2015 Paris Agreement.

Rapid urbanization has the potential to improve the well-being of societies. If managed prudently, it can transform the development course of economies. But the path of urbanization is also fraught with numerous human development challenges intensified by poverty, economic disparities, lack of housing and basic services, inefficient transport systems and lack of sustainable financing models. The world needs inclusive and sustainable urbanization as recognized by Sustainable Development Goal (SDG) - Goal #11: Sustainable Cities and Communities.

The governments of Cameroon and Ghana wanted to use oil and gas revenues more effectively to promote economic growth and reduce poverty. They also wanted to improve transparency and accountability in the sector. However, Cameroon and Ghana, as well as many other African countries, have had difficulty managing and sustaining the windfall wealth and savings from their natural resources.

Most African countries see industrialization as part of their path to economic growth. Many are developing Special Economic Zones (SEZs) to improve economic performance, but they are experiencing implementation challenges. As a result, there is a growing demand to learn from successful strategies in SEZ development. Building on earlier exchanges and capacity development facilitated by the World Bank, 18 African countries participated in a regional conference with the theme of the role of Free Zones in achieving Millennium Development Goals in Africa.

The governments of Africa want to improve the investment climate and reduce poverty in their countries through modernization and industrialization. Learning from the Asian experience, many governments are developing Special Economic Zones (SEZs) to achieve these goals. Chinese knowledge, experience, and investment have been invaluable in developing these zones. However, most African countries still lack the infrastructure to make such SEZs effective and competitive on international markets.

Growth in the Information Technology and Business Process Outsourcing sector (IT-BPO) can transform a country’s economy and improve the lives of its citizens. No country is a better example than India, which has achieved phenomenal growth in this sector. As of 2010, India could boast of a 64 percent share of globally off-shored IT services and a 37 percent share in IT-enabled services (ITES)1.  Skills development has been a key driver of that growth.

While Tanzania and Uganda had taken measures to increase milk production, including creation of National Dairy Development Boards (NDDBs), problems in the milk supply chains continued to hamper milk output. Tanzanian and Ugandan Ministry of Agriculture and other dairy sector officials wanted to learn from India, where a “white revolution” had expanded milk production dramatically over two decades.

Improving Transparency in Extractive Industries in Ethiopia, and Tanzania

Ethiopia and Tanzania are rich in natural resources, but both face questions on how to best govern the mining industry to ensure economic transparency and growth. The Extractive Industry Transparency Initiative (EITI) helps address the development and governance challenges facing these and other resource-rich nations. The knowledge exchange with Liberia was an opportunity to learn from the experience of a more mature EITI implementation.

To improve the efficiency and accountability of the government, Tanzania wanted to increase citizen-based monitoring through Information and Communication Technology (ICT) services.  Increasing transparency and good governance are crucial aspects of the World Bank Country Assistance Strategy (CAS) and the Tanzanian National Strategy for Growth and Poverty Reduction. However, Tanzania lacked experience in low-cost and user-friendly infrastructure mapping and crowd-voicing tools to generate much needed good governance data.

Tanzania is highly vulnerable to climate shocks, and droughts, floods, and tropical storms are likely to become more intense and unpredictable as the earth warms. Current climate variability already inflicts significant economic hardship on Tanzania, which is largely dependent on agriculture. A devastating drought in 2005 and 2006 affected millions of people, particularly those who relied on subsistence crops for food and income, and resulted in high economic costs.