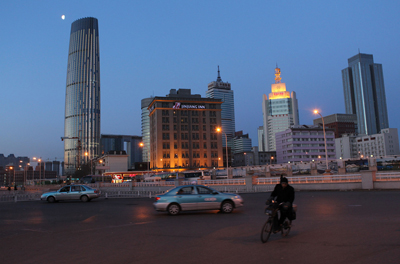 Most African countries see industrialization as part of their path to economic growth. Many are developing Special Economic Zones (SEZs) to improve economic performance, but they are experiencing implementation challenges. As a result, there is a growing demand to learn from successful strategies in SEZ development. Building on earlier exchanges and capacity development facilitated by the World Bank, 18 African countries participated in a regional conference with the theme of the role of Free Zones in achieving Millennium Development Goals in Africa. The participants wanted to share knowledge and experiences on planning, development, and management of SEZs. The event, which was co-organized by the World Bank and the government of Tanzania and involved experts from China, aimed to improve economic policy, enhance infrastructure investment planning, and increase awareness about environmental and social impacts of SEZs.

“The development of Free Zones [on] the continent [is] one of the very effective tools in taking advantage of the opportunities of globalization through attraction of foreign direct investments and new technological skills,” said Cyril Chain, Minister for Industry and Trade of Tanzania. “[This will] subsequently enable Africa to match with the current global changes.”

The exchange enhanced the knowledge and skills of government officials from different ministries, zone developers, and other participating stakeholders from the 18 African countries about challenges facing public institutions and the private sector in SEZ initiatives. At the closing of the convention, the participants adopted a communiqué with 21 points calling to strengthen cooperation among African countries. The goals of such cooperation were to expand domestic markets and increase competitiveness in international markets; enhance the political, legal, and regulatory climate for SEZs; boost exports through industrialization; and improve infrastructure to make SEZs more efficient. A number of countries, including Kenya, Rwanda, Tanzania and Ethiopia, began work on concrete ideas generated during the exchange. Ethiopia, for example, with technical support from the World Bank, embarked on a major policy and legal reform agenda on SEZ policy.

After a very successful knowledge exchange between several African countries and Singapore, Malaysia, and China on Special Economic Zones (SEZ), a number of African countries expressed interest in pursuing and learning more from this connection. They were especially interested in generating Foreign Direct Investment, increasing employment, and enhancing industrial competitiveness. China has been tremendously successful in developing SEZs to drive economic growth, and African governments were very keen to benefit from Chinese experiences and investment in SEZs. Chinese investors had started to develop SEZs in Nigeria, Ethiopia, and Mauritius. However, a 2010 World Bank assessment identified a number of implementation challenges. In Ethiopia, for example, investors had expressed a desire to develop SEZs. However, the government had not established an SEZ policy or a legal and institutional framework to support industrial zones, such as the Chinese-funded SEZ that is under development. Although Mauritius has a long and successful history in developing export-processing zones, creating the Chinese SEZ in the country proved challenging. Another African country, Tanzania, adopted a cautious, phased approach toward SEZ development and wanted to learn from successful experiences to develop a policy framework and strategy for zone development.

To respond to the desire of those and another 15 African countries (as well as 8 countries from other regions), the World Bank and the government of Tanzania co-organized a conference in Dar es Salaam, Tanzania. The World Bank-facilitated event connected practitioners and policymakers involved in zone programs in Africa and experts from the World Bank and China to share knowledge and experiences on planning, development, and management of SEZs. The main objectives were to improve economic policy, increase awareness about environmental and social impacts of SEZs, and enhance infrastructure investment planning, including understanding of public-private partnership arrangements.

This knowledge exchange had clear synergies and linkages with other World Bank ongoing operations. In Ethiopia, the activity was linked to the Ethiopia Private Sector Development Capacity Building (PSD CB). The Bank has already begun supporting Ethiopia on the policy, legal, and regulatory framework for SEZs through a series of videoconferences and technical assistance missions. This experience exchange was also connected to a China–World Bank collaboration on Industrial Zones in Sub-Saharan Africa.