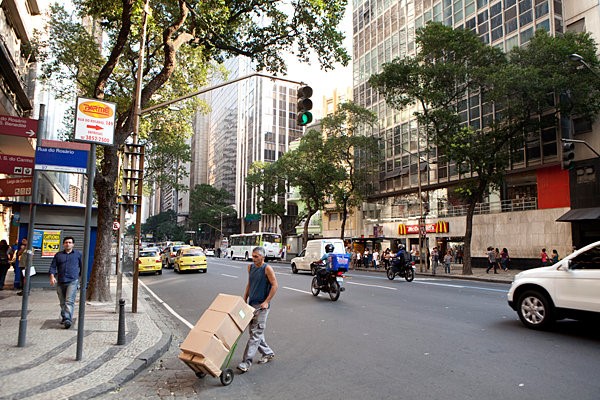 The economic recession in 2015 in Brazil was exacerbated by a weak public sector internal control system (PIC), which was not strong enough to curb corruption. Brazil, whose democratic constitution stemmed only from 1988, needed to learn to how to approach strengthening PIC. In response to Brazil’s request for assistance, the World Bank organized a knowledge exchange for key Brazilian officials to learn from peers in Bulgaria and Croatia, countries which had undergone significant PIC reforms as part of successful efforts to join the European Union (EU).

The exchange between Brazil, Bulgaria, and Croatia enhanced the knowledge and skills of decision-makers and technical staff to improve Brazil’s PIC system. The knowledge exchange helped the participants increase their understanding of reforms and implementation issues faced in Bulgaria and Croatia and strategies used to overcome those challenges to improve the internal control system and internal audit function in Brazil’s public sector.

Brazil’s economy fell into recession as a result of the ending of a long period of commodity price surges. The Government of Brazil’s (GoB) reaction to the recession was weak as corruption scandals and upheavals, including impeachment of the President, paralyzed institutions. The weak response threatened to reverse key government reforms over the preceding decade to enhance integrity and prevent public administrative corruption.

After the fall of the Soviet Union and communism, in 1991 Croatia declared independence and Bulgaria adopted a democratic constitution. As part of Croatia’s and Bulgaria’s respective bids to become European Union (EU) members (Bulgaria ultimately became a member in 2009 and Croatia in 2013), they had to comply with EU requirements, which included establishment and development of their own PIC system.

Brazil had only adopted its democratic constitution in 1988, so it too was a young democracy. Brazil’s PIC systems in 2015 shared many of the same characteristics and challenges as Bulgaria and Croatia before reforms, including:

In 2103, Brazil’s Conselho Nacional dos Orgãos de Controle Interno (CONACI) approached the World Bank for support to modernize the Brazilian Internal Control system and enhance the institutional capacity of control entities. In May 2014, the World Bank organized a seminar together with CONACI to share information and ideas for strengthening the internal control environment in Brazil and discuss options for a partnership with the World Bank. As a result, the participants signed a “Carta de Foz do Iguaçu”, a letter of commitment requesting formal Bank support to modernize the Brazilian Internal Control environment.

One of the initiatives stemming from this initiative was the completion of a diagnostic using the Internal Audit Capability Model (IA-CM) for the Public-Sector tool. After the diagnostic, the World Bank team noted several weaknesses that other countries in Europe had faced. The World Bank then proceeded to organize a conference in May 2015 to present detail findings from the diagnostic. The Bank invited Bulgarian and Croatian representatives to explain their reforms, including speakers from the Ministries of Finance from both countries.

Twelve Brazilian high-level government officials traveled to Brasilia, Brazil to attend the three-day seminar focusing on the Strengthening of the Brazilian Public Sector Internal Control System from May 27 to 29, 2015.  The title of the seminar was Public Internal Control in Brazil – Advance for More Efficiency. The Brazilian attendees were from entities in position to influence Brazil’s Federal and sub-national legislative bodies to undertake Internal Control and Internal Audit reforms, including members of CONACI; the Brazilian Federal Controllers Office (CGU); the Association of Audit Courts of Brazil (ATRICON); the Federal Court of Accounts (TCU); the Ministry of Planning, Budget, and Management (MPOG); and the Group of State Finance Managers (GEFIN).

From 29 February to 4 March 2016, the Brazilian delegation then traveled to Croatia, and from March 5 to March 11, 2016, the same officials travelled to Bulgaria to meet with and hear presentations from experts from the Ministry of Finance’s Central Harmonization Unit, State Treasury, State Audit Office, and other agencies and departments of both countries. The Brazilians listened to a series of prepared presentations and participated direct face-to-face meetings with key officials. The type of presentations and meetings depended on the expert and department; for example, discussions with the CHUs were mostly backed with power-point presentations, while meetings with State Audit Offices were face-to-face discussions. In both cases, the Bulgarian and Croatian officials explained their recent experience with internal control systems and the reforms they undertook to reengineer their PIC systems.

Upon return, each Brazilian participant contributed to a report, the Strategic Report for Strengthening the PIC System in Brazil, detailing the knowledge gained in Croatia and Bulgaria and specifying activities required by each significant stakeholder in Brazil. Nearly 100 participants attended a report dissemination conference, organized by World Bank Financial Management staff, in Brasilia in May 2016. The conference presented the findings of the study visit and listed the activities needed to reform internal control systems

in Brazil. Representatives from the Brazilian General Comptrollers entities at the federal, state and municipal level; the Association of Audit Courts of Brazil (ATRICON); the Federal Court of Accounts (TCU); the Ministry of Planning, Budget and Management; the Ministry of Finance; select Secretaries of Finance; and the Group of State Finance Managers (GEFIN) participated in the conference.

Participants and the World Bank team identified the following lessons and recommendations:

The participants were mainly practitioners from internal control entities. Twelve representatives from CONACI, ATRICON, TCU, MPOG and GEFIN participated in the exchange and provided in-kind contributions with their time and knowledge to the study visit: they helped prepare a report, made presentations, and participated in discussions, meetings, and a conference.

This grant was auxiliary to the World Bank parent project P154958 - Assessing the Internal Control System and Internal Audit Function in Brazil, which included several activities implemented during FY 2015 and FY 2016 with Bank funds.

Two years after the study visit, the group of experts continues to share information and applaud each other’s successes when promoting strengthening of the PIC in their own entities. The participants created a “WhatsApp” group and they regularly communicate with each other and share information. The Brazil participants still therefore maintain contact with the representatives met in Croatia and Bulgaria, and representatives of CONACI participate in the PIC meetings in Europe (PEMPAL IA COP) every six months.

CONACI applauded the organization, content and delivery of the products during various conferences/meetings held, including CONACI’s annual conference, and quarterly leadership meetings. CONACI Board members expressed their appreciation for the World Bank’s support, as well as detailed analysis undertaken, and expressed their willingness to continue collaborating with the World Bank in areas of mutual interest. The World Bank will continue to support CONACI.

The State of Espírito Santo also undertook a reform of its Public Internal Control system. It officially created a Coordination of Internal Control Harmonization Unit on 07/18/17, through a SECONT Decree 4130-R which institutionalized the Policy for the Modernization of Management Standards. The objective was to begin the process of standardization of activities and automatization of the work processes. This was the basis for first-line defense activities. The State also approved a second Decree 4131-R, establishing the executing Units of Internal Control (UECI). All government bodies and entities must have an UECI that, in the first instance, will have two functions: i) continuous monitoring of the manager's accounts for accountability, with a "road map" prepared by SECONT; and ii) coordinating and promoting the policy modernization of management standards. That would be the basis of the second line of defense. The intention is to work in the UECI’s as management standards are institutionalized, and then, focus on risk management.

New knowledge: The exchange raised awareness about PIC reform issues and the process needed for reforms, including the administrative capacity needed to strengthen internal control and audit capacity.

Enhanced skills: The study visit and Brasilia conference enabled the Brazilian representatives to learn about different PIC practices and models to understand which would be best suited for Brazil. The exchange increased the Brazilian’s implementation expertise on PIC reforms, craft strategies to overcome challenges, and implement specific reform processes, including:

New and improved actions:  The Brazilian delegation expressed the usefulness of seeing another country’s Internal Control System “in action.” During and after the exchange, in meetings and presentations during conference, and in answers to SSKE questionnaires after the exchange, the participants stated that the exchange made them aware of what needed to be done and showed very concrete examples of options for Brazil. The report, Strategic Report for Strengthening the PIC System in Brazil, detailed the knowledge gained in Croatia and Bulgaria. The report specifies the activities required by each significant stakeholder or entity in Brazil to attain the most appropriate structure and achieve PIC reform in Brazil.

“The information gained in the exchange was formally registered in a report and shared in a conference held in May, 2016 encouraging change and reform. New practices were discussed and more than 20 internal control entities from many regions of the country have taken part and gained awareness,” said Gustavo Ungaro, former President of CONACI.

One key result was that the Brazilian team understood the importance of making a clear distinction between financial inspection and internal audit. In Bulgaria, for example, two separate laws segregate and differentiate the two functions.

Improved consensus:  The exchange promoted ownership of Brazil’s PIC reform process and gave key Brazilian actors a chance to collaborate, align views, and set priorities for designing PIC reforms. In the 2016 conference, more than 100 Brazilian participants were exposed to findings from the study visit; 65% of the participants assessed the conference as “excellent”, while the rest assessed it as “very good”.

“The Exchange was a big success. All the participants, including the team leader, learned a lot from the European examples. This experience also strengthened the relationship between all the participants, creating a common and supportive group culture,” said Maria Joao Kaizeler, World Bank Financial Management Specialist in charge of the exchange.

Brazil: CONACI provided USD 10,000 to support the study tour, paying for the hotel stays of its representatives.

Croatia: The Croatian core team was led by Larisa Vukoja, Head of the International Activities Service of the Internal Audit and Financial Control Harmonization Sector of the Ministry of Finance of Croatia.

Bulgaria: The Bulgarian core team was led by Svilena Simeonova, Director of the Internal Control Directorate of the Ministry of Finance of Bulgaria.

A street scene in the city center of Rio de Janeiro