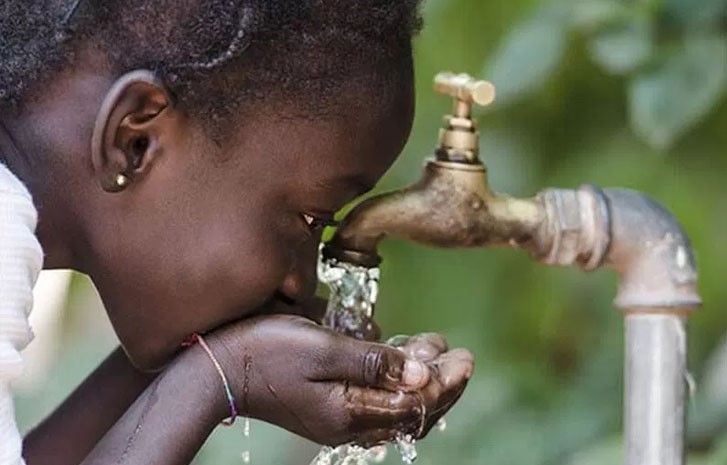 The World Bank has been supporting improvements to the Nigerian water sector since 2004. Its Country Partnership Strategy (CPS) for fiscal year 2014 to 2017 identified improved access to water supply as central to improvement of health in Nigeria. In coordination with the third World Bank-financed National Urban Water Sector Reform Project (NUWSRP III), key Nigerian officials in the water supply and sewerage (WSS) sector needed help to identify, design, and implement key sector reforms. The Word Bank responded with a South-South Facility-financed knowledge exchange to bring Nigerian officials together with peers in Colombia and Brazil, countries that had faced similar water-sector challenges and had recently implemented WSS reforms.

The Government of Nigeria (GoN) has long recognized the challenges facing its WSS sector. This includes low access to services, failure of undermaintained infrastructure, poor capacity and performance of service providers, and the far-reaching impacts of Nigeria’s deep sanitation deficit, such as negative public health effects. In response, the GoN prioritized improvement of access to WSS services in its development strategy and “National Transformation Agenda”. Since early 2000 Nigeria has worked on water sector reforms, supported by various donors.  Projects to increase access to water services have included a series of three World Bank-financed projects starting in 2004, the National Urban Water Sector Reform Projects (NUWSRP) I, II, and III.

The GoN continues to work toward increasing sustainable access to water services in urban areas, mainly for the poor, by addressing institutional and governance issues. This requires policy and legislative reform in combination with infrastructure investment. To achieve sustainability in the water sector, Nigeria needs to establish a sound regulatory framework and a funding mechanism for the sector. To do this, key Nigerian officials needed to learn how other countries had designed and implemented reforms to overcome similar challenges. The Nigerians needed to understand reform alternatives and build a water sector network to help implement reforms.

Colombia had undergone reforms over the last 15 years, partially with World Bank support, that had significantly improved its water sector. Prior to reforms, Colombia had similar challenges to those experienced by Nigeria, including insufficient service quality and coverage, poorly performing and unregulated service providers, and ineffective cost-recovery and financing. While Brazil---which shares a similar decentralized federal system of government with Nigeria---also had to deal with fast urbanization and large-scale water sector inefficiencies. Both countries have implemented successful WSS reforms since the 1990s.

Government officials in the water sector in Nigeria wanted to obtain firsthand information from water-sector practitioners who had successfully conducted reforms. The ongoing World Bank-financed Third National Urban Water Sector Reform Project in Nigeria includes establishment of a water fund and other activities related to the reforms that Colombia and Brazil had made. Therefore, the World Bank used a grant from the South-South Facility to arrange an exchange for Colombian and Brazilian officials to share their knowledge and experience with Nigerian water sector officials to help them overcome water sector reform challenges. The Project team contacted the SSF in early 2016 for advice on the relevance and structuring of such a program, and then undertook ad-hoc team knowledge exchange training.

The scoping and design of the program benefitted from numerous preparatory exchanges between the World Bank Project team, the Nigerian counterparts and the Colombian and Brazilian water-sector representatives and consultants, including via audio/video-conferences. This allowed the Nigerians to explain the realities and challenges of their water sector, which helped optimize the specific content for the subsequent knowledge exchange.

Two Nigerian delegations of federal and state officials visited Brazil and Colombia for study tours on May 2-6 and May 9-13, 2016, respectively, to meet national and local water sector experts. The delegation to Brazil was led by the Permanent Secretary of Nigeria's Federal Ministry of Water Resources (FMWR). The Director of Water Supply of FMWR participated in both study tours and led the delegation to Colombia. In total, 20 Nigeria officials participated in one study tour or the other, including five federal Government officials (FMWR and Federal Ministry of Finance) and 15 State government representatives or State Water Agency managers (from Abia, Benue, Bauchi, Bayelsa, Ekiti, Gombe, Kano, Ondo, Plateau, Rivers). The WB's TTL and co-TTL for Nigeria's Third National Urban Water Sector Reform Project accompanied the delegations.

The approach of both exchanges was roughly the same: study tours began with a half-day introductory session on the situation and history of the host-country water sector, before formal meetings and presentations by key sector institutions, some site visits (facilities, systems), and exchanges with operational staff and mealtime discussion with managers. Each study tour included an intermediary and final brainstorming session (four sessions in total), led by the chief of delegation, with WB team and local consultant support to record participant questions, reactions, and takeaways. The formal process of Nigerian water sector revitalization and reform started a year later in mid-2017.

The Nigerian delegation to Brazil was led by the Permanent Secretary of Nigeria's Federal Ministry of Water Resources (FMWR). The Director of Water Supply of FMWR participated in both study tours and led the delegation to Colombia. In total 20 Nigeria officials participated in one study tour or the other, including five federal Government officials (FMWR and Federal Ministry of Finance) and 15 State Government representatives or State Water Agency managers (from Abia, Benue, Bauchi, Bayelsa, Ekiti, Gombe, Kano, Ondo, Plateau, Rivers).  The participants are water sector decisionmakers who can influence the legislative bodies of each Nigeria State, as well as design and move forward Nigeria’s reform process.  The detailed list of participants for the Brazil and Colombia study-tours is provided below.  The WB project TTL and co-TTL participated in both.

Nigerian delegation for the Brazil study-tour

In 2004, the World Bank approved the first IDA-funded Nigeria National Urban Water Sector Reform Project (NUWSRP I) for US$120 million. This was followed by additional financing of US$80 million in 2010 focusing on Kaduna, Ogun, and Enugu States. In 2005, the World Bank approved a follow-up operation, NUWSRP II in the amount of US$200 million, for Lagos and Cross River States, along with additional financing of US$120 million in May 2012.  The World Bank approved a third IDA-funded project, NUWSRP III (P123513), in 2015 for US$250m to benefit primarily Bauchi, Ekiti, and Rivers, as well as nine other participating States. The Brazil-Colombia-Nigeria knowledge exchange was closely linked to NUWSRP III. The project funded a large of share of study tour costs, including travel and accommodation. The Project also paid some consulting costs originally planned for funding under the SSF grant.

Following the study tours, the GoN asked the WB to develop an updated, evidence-based diagnostic of sector conditions---the Nigeria WASH Poverty Diagnostic, 2017.  The GoN also asked the World Bank to support the ensuing Federal-States participatory consultation process for development of a WASH Sector Revitalization Action Plan (approved in April 2018), which included some governance and financing recommendations inspired by the Brazilian and Colombian experiences. Key reform areas include:

The GON has also requested WB support to design and establish a new National Water Fund. Lastly, the GoN has expressed interest in having more knowledge exchanges with water counterparts in Ethiopia, Zambia, and Kenya.

New knowledge:  Exchange participants gained an understanding of the challenges faced in Colombia’s and Brazil’s WSS sectors, and of the medium-to-long-term strategies for water sector development, financing, and regulation. The Nigerians were able to reflect on the applicability of these solutions for Nigeria's context, and understand possible changes and reforms options to improve the coverage and sustainability of water services in Nigeria.

Enhanced skills: The exchange program enhanced the knowledge and skills of the Nigerian delegation to implement WSS reforms.

Improved consensus: The Nigerian KE participants work at both the Nigerian federal and state levels, so the exchange strengthened the relationship between these government officials. The study tours and animated brainstorm sessions promoted consensus between potential State and Federal reform champions, creating a coalition of reform-minded officials and contributing to establishment of reform priorities.

Enhanced connectivity:  After spending time together, the delegations from the three countries formed a group to continue working together.  Several of the study tour participants, such as in particular State Water Commissioners and State utility managers, are now at the forefront of the sector reform debate in Nigeria.

New and improved actions: The study tour helped the Nigerian delegates perceive the urgency to improve their WSS sector. The knowledge gained about water sector reforms greatly informed and influenced policy debate and formulation in Nigeria, including related to clarifying complementarity federal and local government roles, the regulation of utility services, and the design of subsidies and sector financing.  The delegates were empowered to champion and mobilize Federal and State Government WSS sector reforms. This has informed Nigeria’s national consultations for development of Nigeria’s Water Supply, Sanitation, and Hygiene (WASH) Poverty Diagnostic, and the Sector Revitalization Action Plan in 2017-2018.

“Participants referred to their study tour experiences as ‘eye-opening’, ‘motivating’, and ‘empowering’. The quality of content and delivery, the organization, and the expertise of speakers and consultants mobilized were also generally praised,” (…) “Despite the heavy planning/implementation effort, the study tour cost represents one of the best investments under the project to mobilize and build the capacity of key officials for water sector reform. It was the “best bang for the buck” said Pier Francesco Mantovani, the World Bank Task Team Leader in charge of the exchange.

Participants in the host countries included high-level sector official at the central and local government levels, as well as utility general managers and line managers. The knowledge providers were:

Colombia:  The Vice ministry of Water and Sanitation, under the Ministry of Housing; The Water Regulatory Commission; Selected utilities such as Acueducto de Bogota and AAA (the private operator for Barranquilla’s water and sanitation utility)