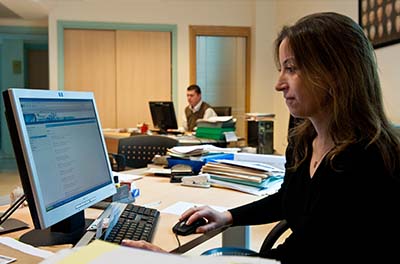 In the wake of the Jasmine revolution, the Government of Tunisia made it a priority to improve government accountability and openness.  One way it sought to do so was through information and communication technologies (ICT). In 2011, the Government considered joining the Open Government Partnership (OGP). Chaired by Brazil, this platform of over 60 countries promotes open government, requiring member countries to satisfy criteria related to open data, access to information, open budgeting, and other conditions.  Complementing other assistance, the World Bank organized a multifaceted exchange program allowing Tunisia to learn from Brazil and Kenya about how to strengthen policies and programs related to open government and ICT initiatives.
In April 2012, officials from Tunisia’s eGov Unit and key ministries organized a workshop in Tunis with Brazilian and Kenyan experts to discuss best practices in open data and e-participation. Four Tunisian officials then visited Brazil to attend a Conference of the Open Government Partnership and meet with senior staff from Brazilian agencies on approaches for open government and e-consultations.  After returning to Tunisia, officials organized a follow-up workshop on open government involving experts from Kenya and the Kenyan Open Data Initiative. The workshop focused on Kenya’s experiences as well as its strategic orientation and implementation roadmap.
Through this program, Tunisian officials enhanced their knowledge and skills to develop open government policies and use ICTs in open government initiatives, especially to help fulfill OGP requirements.  The exchange also informed the development of an Open Government Action Plan.  Tunisia’s eGov Unit has since begun to work on an open data portal, and these and other activities have increased citizen support.
Most importantly, the exchange and follow-up technical assistance from the World Bank and donors played a key role in Tunisia’s making a formal commitment to join the OGP.  As Ms. Rim Garnaou, an official in Tunisia’s eGov Unit, put it,  “Had it not been for this knowledge exchange, Tunisian representation to an OGP meeting in Brasilia in 2013 would have been very limited, and the Government probably would not have committed to join.”

After Tunisia’s Jasmine Revolution, Tunisian citizens increased their demand for government accountability and citizen participation in political decision-making.  The Government prioritized and approved laws to enhance open government, including through use of information and communication technologies (ICT). In 2011, the Government considered joining the Open Government Partnership (OGP). Chaired by Brazil, this platform of over 60 countries promotes open government, requiring member countries to satisfy open data, access to information, open budgeting, and e-participation criteria.  Tunisian authorities also sought to increase their capacity to support open government initiatives and fulfill OGP requirements by learning from international best practices, particularly to enhance the capacity of Tunisia’s eGov Unit.
In parallel, the World Bank supported Tunisia’s open governance efforts through initiatives such as a Development Policy Loan, a technical assistance program in the social sector, and an innovation grant. This assistance aligned with the Bank’s commitment to its Open Government Agenda and its role as a key member of the OGP. Through the South-South Facility, the Bank helped organize and finance an exchange program that included a study tour to Brazil and workshops in Tunisia with officials from Brazil and Kenya.  The goal of the exchange program was to promote Tunisia’s joining the OGP by strengthening its policy and coordination framework and building capacity to implement open government and ICT initiatives.

The exchange and related technical assistance from the Bank and donors led to a formal commitment from Tunisia’s Government to join the OGP. Ms. Garnaoui noted, “Had it not been for this knowledge exchange, Tunisian representation to an OGP meeting in Brasilia in 2013 would have been very limited, and the Government probably would not have committed to join.”