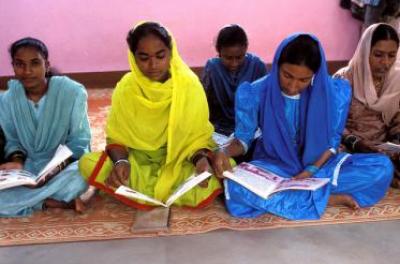 In line with India’s 73rd and 74th Constitutional Amend­ment, the state of Kerala has, since the mid-1990s, embraced decentralization reforms aimed at devolv­ing greater funds, functions, and functionaries to local self- governments that would provide public services such as sanitation, healthcare, and education. In 2011, the Kerala Government further embarked on tackling the second-generation institutional reform challenges facing local self-governments by implementing the World Bank-supported Kerala Local Government and Service Delivery Project. Funded at US$200 million, the project sought to enhance the institutional capac­ity of local self-governments to perform and deliver on their newly delegated mandate.

Sustained capacity building of local self-governments was identified as an area that would require signifi­cant effort. Toward this objective, the Government of Kerala requested the Bank to identify international ex­periences and good practice in capacity building that would benefit officials of local self-governments. This knowledge exchange was meant to bring together officials from Kerala to learn from their counterparts in the Government of South Africa where tremendous achievements in reforming the intergovernmental fis­cal system have been posted by the central and local government since the end of Apartheid.

Officials participated in videoconferencing with South African counterparts to discuss municipal finance and governance systems, and develop an agenda for a study tour. Nine Indian officials, including Kerala’s Minister for Panchayat and Social Justice, directors from the Kerala Institute of Local Administration and other agencies, and municipal leaders visited Johan­nesburg, Pretoria, and Durban. In Johannesburg, del­egates met with the Department of Cooperative Gov­ernance and Traditional Affairs where they learned about South Africa’s programs and integrated infor­mation system for training provincial and local gov­ernments. They also met with representatives at the National Treasury where they learned about the laws and formulas for dividing national funding among local governments.

Delegates met with officials from South Africa’s Cities Support Program and the South Africa Local Government Association, which advo­cates for the interests of local governments among national authorities. In addition, they consulted with staff from the South African Cities Network and the Johannesburg Development Agency, where they learned how Johannesburg engages communities in public planning. In Pretoria and Durban, the delega­tion met with municipal officials to learn about how they govern, plan public programs, and finance infra­structure and services, and toured a Durban housing site. Finally, they consulted with Municipal Institute of Learning, which provides comprehensive training to local governments.

The exchange increased the capacity of Kerala and local self-government officials to plan, manage, and deliver public services while positioning Kerala, which is a more relatively decentralized Indian state, as a provider of know-how to other states. This exchange also provided an opportunity for South Africa to learn from Kerala, notably in ways to involve poor people in the implementation of government programs.

Within the context of the Kerala Local Government and Service Delivery Project, Kerala officials organized an exchange for three days in August 2014 to share good practice in decentralization and good practice among Kerala and the Indian states of Chhattisgarh, Jharkhand, Karnataka, Madhya Pradesh, Odisha, Rajasthan, and West Bengal. The knowledge-sharing experience was aligned with a pillar of the Bank’s In­dia Country Partnership Strategy (FY13-17) to support low-income states. The experience also stimulated further interest from participating states in deepening the decentralization reforms enshrined in the 73rd and 74th Constitutional Amendment.

Complementing efforts of the Kerala Local Govern­ment and Service Delivery Project, state agencies increased their capacity to train local governments. For example, the Kerala Institute of Local Admin­istration has updated its training mechanisms and manuals gained from the South Africa experience at the Municipal Institute of Learning.