South-South Exchange on Population and Agricultural Censuses in Bolivia 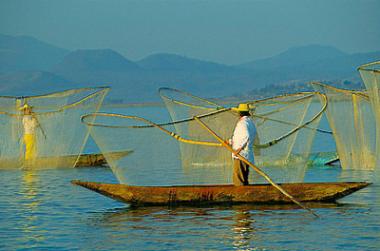 Bolivia recognized during the preparation and implementation of the National Population and Housing Census (NPHC) and the National Agricultural Census (NAC), that there was a need to strengthen its statistical and information systems for monitoring and accountability. With help from the World Bank an exchange was organized that focused on strengthening Bolivia’s statistical capacity and informational base for better evidence-based, decision-making practices.

In the context of the preparation and implementation of the National Population and Housing Census and the National Agricultural Census, Bolivia recognized that there was a need to strengthen its statistical and information systems for monitoring and accountability. In effect, there was a clear lack of adequate statistical information that fragmented the cycle of policy design and implementation. Therefore, the key objective of the exchange was to strengthen the statistical capacity and improve the informational base of Bolivia to be able to implement evidence-based decision-making. These goals would be met by addressing deficiencies in policies, rules, standards, and other formal incentives guiding the pursuit of the development goal; and the deficiencies in one or more of the organizations charged with achieving the development goal. Bolivia’s neighbors – Brazil, Colombia, Ecuador, and Mexico – were in a position to offer support and technical assistance through their National Statistical Offices (NSOs).

Given the challenges faced in Bolivia, the success of the exchange largely relied on having the right people involved from both Bolivia and the knowledge-providing countries. The Bolivian participants included a mix of decision-makers and technical staff from the National Statistical Institute (INE), including the Executive Director, Director of Census, Training Coordinator, Field Operations Coordinator, and Information Technology Coordinator. The international knowledge-providing experts were selected from census teams of the National Institute of Statistics and Geography of Mexico (INEGI), the Colombian National Administrative Department of Statistics (DANE), the Brazilian Institute of Geography and Statistics (IBGE), and Ecuador’s National Statistical and Censuses Institute (INEC). There were three phases conducted as part of the exchange.

The first phase focused on preparing for the fieldwork of the 2012 Census. It was designed to include multi-stakeholder dialogues and consultations. The initial series of consultations involved virtual discussion-based activities that enabled high-level officials from the knowledge-providing countries to share their experiences and strategy for conducting their own country censuses. This was followed by expert visits to provide direct technical assistance in relation to a training process for surveyors. In addition, participants addressed the ethnicity question in the census questionnaire and worked to formulate a communication strategy that paid close attention to the inclusion of indigenous communities.
The second phase focused on the implementation of the fieldwork of the Census. During this phase the participants also explored ways to move from a paper-based approach to computer-assisted data collection. The third phase focused on data analysis and dissemination of results. A seminar in La Paz, Bolivia, included specialists in processing, editing, and analysis of data to ensure that the census information had the tools to clean and highlight the capabilities of contemporary technologies and their use for census data capture and editing. Sharing of dissemination strategies was also a big part of this phase.

Following are some of the direct results from the exchange:

Overall INE’s ability to carry out census activities was strengthened through the knowledge exchange. Indirectly the exchange contributed to the successful implementation of the censuses, and INE was able to secure additional financing from the World Bank for US$23.4 million. In addition, INE recognized the importance of South-South partnerships and has planned to build it into their operating model as a good practice approach.

The World Bank was the main coordinator of the exchange activities, from logistical issues to consolidation processes and monitoring. This role was fundamental in the successful implementation of the exchange.

INE sees value in building South-South partnerships and would like to include such efforts into their operating model as a good practice approach. INE also requested that the South-South cooperation continue to accompany Bank-financed statistical operations, particularly for the next planned Economic Census and Demographic Health Survey.

This Country Case Study is one of six developed by the PARIS21 Task Team that identifies changes in national statistical systems for improving the availability and use of data in relation to monitoring development goals.
http://www.josecerveraferri.com/wp-content/uploads/2012/03/Improving-the-Statistical-Support-for-Monitoring-the-MDG-Indicators-Bolivia.pdf