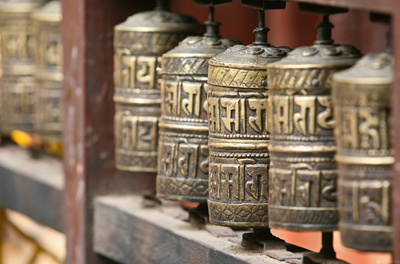 With Nepal’s transition from monarchy to republic in 2009, a decade-long civil insurgency endured by the Nepalese people finally ended. The Government of Nepal (GoN) wanted to learn how other countries had reintegrated combatants into society and successfully increased the role of local governments after similar conflicts. The GoN asked the World Bank to identify suitable knowledge exchange partners, and the World Bank responded by facilitating an exchange with South Africa and Rwanda.

Nepali officials traveled to the two countries and visited current and former officials to learn about security reforms and integrating former combatants, as well as policies and strategies to implement fiscal decentralization and legal reforms. Most importantly, Nepalese officials learned about the importance of communication to forge consensus across party lines and among previously hostile groups.

“Senior members of key political parties learned to talk to one another candidly towards development of a general consensus even on relatively sensitive matters,” said Hisanobu Shishido, a Senior Economist with the World Bank who oversaw the organization of the exchange.  “This differed significantly from practices in Nepal, where interactions take place mainly through official channels.”

Nepal experienced a decade of civil insurgency during the last years of the Shah dynasty, a monarchy that had governed the country since 1768. As the new government led by the Communist Party of Nepal (Maoists) began preparing the new republic’s constitution, several regional and ethnic groups began demanding increased recognition and autonomy. The Government of Nepal (GoN) realized that creating conditions for sustainable peace depended on integrating former militants into society and increasing the resources and autonomy of local governments—a process that would require careful balancing of political and economic goals.

Unable to agree on a process to establish a sustainable peace, Nepali officials wanted to learn from other countries that had faced similar post-conflict challenges. The GoN approached the World Bank to identify suitable knowledge exchange partners. In response, the World Bank facilitated an exchange with South Africa and Rwanda—both of which had extensive experience in post-conflict nation building—for key Nepali ministers and parliamentarians to visit these countries to learn how to integrate and rehabilitate former armed troops and introduce fiscal federalism and local autonomy.

This exchange intensified discussions between senior politicians and officials on army integration and fiscal federalism. The World Bank, which had facilitated several meetings between the Nepalese stakeholders, disseminated the findings from this exchange to a broader audience in Nepal.