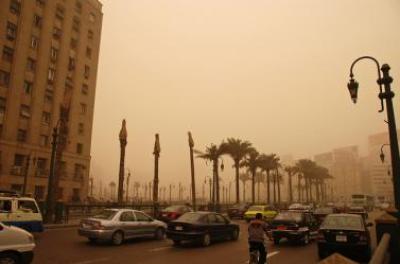 Regardless of their political side, all stakeholders agree that alleviating Cairo’s traffic congestion is a top priority. Public transport services are far short of what they should be in a city the size of Cairo with 17 million people and growing rapidly. The Cairo Transport Authority (CTA), the main bus operator, has suffered from the traditional inefficiencies as­sociated with state-owned enterprises isolated from competitive pressures. In addition, the Government of Egypt created a Transport Regulatory Authority of the Greater Cairo Region, and CTA’s responsibilities in overseeing the transport sector needed to be re­visited in light of this development. The institutional fragmentation has hampered coordinated action to address the deficiencies in policies, standards, and other requirements for ensuring clean and efficient public transport in Cairo. Therefore, the exchange aimed to tap the experience of Indian and Chinese practitioners in creating an integrated transportation system, and to guide the government toward pursu­ing a single vision for reforming the Cairo Transport Authority to improve operational and financial sustainability.

Nine officials from Egypt with responsibility for CTA modernization undertook a study tour of India and China in March 2014 to learn how the two coun­tries carried out reform of their public transporta­tion systems. Those selected for the tour included decision makers and technical managers from the Cairo Transport Authority, Cairo Traffic Bureau, Cairo Governorate, and Ministry of Transport. In China, participants visited the Beijing Public Bus Operating Company. The tour continued in India to Ahmed­abad, Bangalore, and New Delhi to visit public bus operating companies as well as authorities in charge of organizing public transport. In each city, the study tour comprised a mixed two- or three-day program of presentations and discussions at company head­quarters, and detailed tours of management and operations offices, depots, maintenance facilities, terminals, and bus stations. The participants learned firsthand the institutional context, challenges, reform packages, and implementation experience regard­ing how to achieve better operational and financing performance, leading to improved services, while remaining state-owned enterprises. The Indian and Chinese companies candidly discussed initiatives that succeeded as well as those that did not during reform of their respective companies.

Knowledge gained through the exchange is be­ing incorporated into designing the CTA reform under a World Bank-funded Cairo Urban Transport Infrastructure Development Project. The project is in preparation.
This South-South Facility-funded exchange helped capture for participants how all parties should work as a team to develop a common vision toward improving the efficiency of the bus system in Cairo. Bringing together development practitioners from India, China, and Egypt helped to create a platform to sustain professional networking during the reform implementation and beyond the actual exchange.