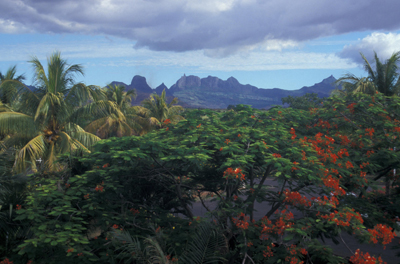 Despite impressive economic gains over 25 years, the government of the African island nation of Cape Verde felt that unnecessary regulation was limiting job creation and private sector growth. Seeing that Mauritius---a similar island nation with a large tourism industry---had achieved successful business environment reforms and developed a strong manufacturing sector, the Government of Cape Verde asked the World Bank to broker a knowledge exchange between the countries as part of an ongoing Growth and Competitiveness project in Cape Verde. In 2009 a high-level group of Cape Verde ministers and other economic leaders visited their peers in Mauritius to support Cape Verde’s efforts to improve its business environment.

“The knowledge exchange definitely helped support and speed a number of important Dong Business1 reforms in Cape Verde,” said Alvaro Gonzalez, a Senior Economist with the World Bank who led the organization of the exchange.

During the exchange, the Cape Verde officials learned about the benefits of having efficient tax administration. After the visit, they introduced similar reforms to simplify tax payments for businesses and dramatically reduced the number of days required to start a business. The government also began to simplify bankruptcy laws and streamline the process of registering property.

“As a result of the exchange … we were made aware of the challenges the government of Cape Verde will face to undertake the reforms and sustain the process of development” said Sandro de Brito, Studies Office Director with the Ministry of Finance and Public Administration in Cape Verde.  “Having a country like Mauritius as a benchmark will allow us to perform better and understand how to face the barriers in the process.”

Over the last 25 years, Cape Verde has made impressive progress in its transition from a centrally planned to a market economy.  The small island country off the coast of West Africa has opened itself to international trade, which has fostered strong economic growth and reduced poverty. But formal job opportunities remain scarce, and the informal sector remains large.

To reduce unemployment and continue economic expansion, the government of Cape Verde began implementing a Growth and Competitiveness project with World Bank assistance.  As part of this effort, the government wanted to make it easier for the private sector to conduct business in Cape Verde, and asked that the World Bank facilitate a knowledge exchange with Mauritius. Mauritius, another small island economy dominated by tourism, had been so successful in conducting investment climate reforms and developing its manufacturing sector that it achieved Top Performer status in the World Bank’s Doing Business rankings.2

Participants in the high-level exchange included Cape Verde’s Minister of Finance, the Minister of the Economy, a special adviser to the President, and the President of Cape Verde’s Investment Promotion Agency. They met with their peers in Mauritius to exchange ideas, experiences, and technical assistance on policy reforms to support Cape Verde in its efforts to improve key aspects of its business environment.