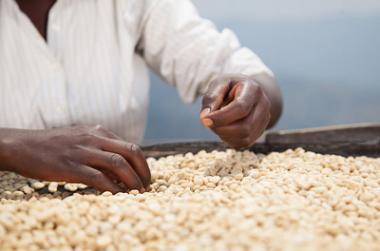 The Nicaraguan Government, aiming to promote social and rural development and poverty reduction among its indigenous populations, recognized the much-needed task of building capacity for effective marketing among the small-scale cocoa farmers and their communities at local and national levels. In order to secure better market deals, Nicaragua’s small-scale cocoa farmers reached out to their counterparts in the Dominican Republic. They thereafter created a strategy to gain access to Fairtrade.

The Nicaraguan Government has aimed to promote social and rural development and poverty reduction among its indigenous populations. Building capacity for effective farming and production marketing processes among the small-scale cocoa farmers and their communities at local and national levels is critical to this overall goal.

Most landholders in rural areas, particularly in the North Atlantic Autonomous Region (RAAN), have weak assets structure, small land plots, and limited access to credit and financial institutions. They also have limited access to markets and buyers to sell their commodities without paying high commissions to intermediaries. Their strength and survival often lies in farmers’ cooperatives, organizations set up to give them a collective voice. Learning to cope with the stock market is one mitigating alternative for agricultural producers in Nicaragua when dealing with one of their biggest marketing obstacles – fluctuations in commodity prices. Smallholder cacao farmers found themselves in this situation.

Farmers’ cooperatives serve as conduits for transferring knowledge. Therefore, working with them is an efficient means of disseminating innovation and good practice approaches to farmers. The idea of a study tour came through the initiative of the World Bank team leader for the Indigenous and Afro-Descendants Agroforestry Project in Nicaragua. The implementing agency and the coordinating unit subsequently endorsed the exchange.

La Confederación Nacional de Cacaocultores Dominicanos (CONACADO) in the Dominican Republic, an organization representing many cocoa farmers, was chosen as the knowledge provider. CONACADO is one of the largest cocoa producers and has worked in different phases of the production cycle, including chocolate production. CONACADO had experience in fair trade and in establishing trade agreements.

In October 2012, representatives of 19 farmers’ organizations in Nicaragua were selected for a study tour of the Dominican Republic to become acquainted with more advanced processes in production and commercialization of cacao and chocolate. Silveiro Agramonte, a well-known expert in cocoa and chocolate production, was the consultant in charge of facilitating the knowledge exchange, and briefed the Nicaraguan participants ahead of the tour. He helped to organize the tour and selected teaching materials.

In the Dominican Republic, the Nicaraguans visited several cacao farms and some chocolate factories. During the visits, a series of small workshops were organized to explain the different phases of the production process. Other discussions covered how to create a forward-planning strategy and collaborating to secure better market deals for farmers through Fairtrade, an alternative approach to conventional trade based on a partnership between producers and consumers.

Participants from Nicaragua observed and learned more sophisticated forms of processing harvested cacao, labeling, and marketing strategies. The women from the Nicaraguan delegation discussed with their Dominican Republican counterparts ways that they could integrate themselves in the entire value chain and how to become entrepreneurs.

Learning about fair trade and its importance helped participants to understand the need to plan ahead and how to become more competitive. They also learned that it was important to produce a high-quality crop to enable them to remain competitive in the market.

The exchange helped to strengthen the capacity of the Nicaraguan small-scale cocoa farmers and chocolate producers and their organizations in RAAN to integrate their activities into the international value chain. They learned what it would take to operate in international markets to protect themselves from price fluctuations.
On their return to Nicaragua, the representatives of the 19 participating organizations prepared a strategy to promote fair trade and organized fair trade committees in their respective cooperatives to follow up on lessons learned and share with other farmers the newly acquired knowledge.

The experience helped the knowledge providers from the Dominican Republic to systematize their work.

The World Bank is currently implementing a project (P144462) aimed at reducing the vulnerability of small farmers to price risk. In March 2015, it was announced that the Association of Producers and Exporters of Nicaragua and the Agricultural Exchange, with support from the World Bank and the Social Development Fund of Japan, would train 3,000 farmers to understand the fluctuating prices of basic grains, vegetables, and coffee and then use the stock exchange’s mechanisms like purchase agreements of their crops. As the market share of Fairtrade cacao and chocolate grows in importance, its intervention in commodity markets will be of increasing interest. The World Bank is well positioned to support innovation in this field.

The exchange was funded through a South-South Exchange Experience Facility grant of US$48,430. In addition, the World Bank prepared the technical and financial proposals, hired the non-governmental organization that handled arrangements, and oversaw the entire process.

Knowledge seekers from Nicaragua were representatives of 19 farmers’ organizations.

Dona Brenda, a female farmer from Siuna, RAAN commented:
“This has been a great learning experience. I never thought I would be able to visit cocoa farms in other countries and being able to discuss with farmers from other countries. We all learned a lot.”

On his part, Omar Sujio, a farmer said, “This is the first time we are producing cacao. At the beginning we hesitated. Our lands are located in Bonanza, near buffer zone of BOSAWAS. These lands were used to cattle. With COCOA RAAN we had the possibility to learn about agroforestry-based in cacao, using techniques friendly to the environment while we have a product that increase our incomes. The experience in Dominic Republic provided the needed insight to learn how farmers in other countries are working with cacao. These are unique opportunities to share and learn.”

Association of producers and exporters of Nicaragua: http://en.centralamericadata.com/en/search?q1=content_en_le:%22Association+of+producers+and+exporters+of+Nicaragua%22

The Autonomous Regions of Nicaragua: http://www.fadcanic.org.ni/?q=node/17

CONACADO: The People Behind Your Chocolate - A Small Farmer Tour (video):  https://www.youtube.com/watch?v=UseZ-hOctWM