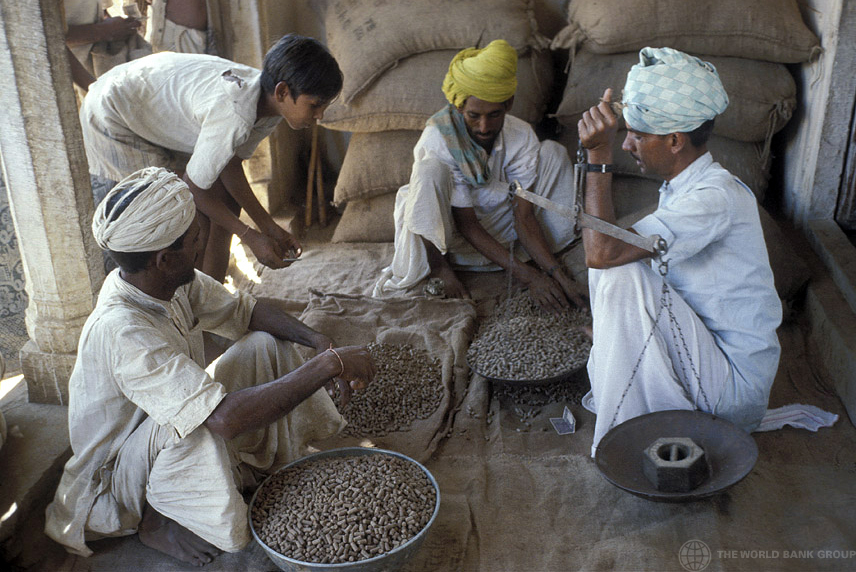 The objective of the knowledge exchange was for the Indian delegation from Jharkhand to learn how the productive alliances approach in Brazil is improving linkages between small holders and private sector. The Indian delegation comprised of technical experts and administration wing of rural development department which is implementing a similar project in Jharkhand state in India under the name Jharkhand Opportunities in Harnessing Rural Growth Project – JOHAR. During the knowledge exchange, the Indian delegation gained knowledge of the program activities, experiences and challenges their Brazilian counterparts faced when implementing productive alliances interventions.

For many years now, India has recorded a surplus in most critical agricultural commodities. To help farmers earn more from the land and move into a higher trajectory of growth, India had gradually shifted its policy focus to linking farmers to markets, as well as enabling them to diversify and add value to their produce. Although the JOHAR team and the Jharkhand State Government demonstrated a track record in achieving results on the community-driven and inclusion aspects of rural livelihoods, they were yet to develop capacities to create an enabling environment for agriculture competitiveness, including effective partnerships with the private sector.

A five-member delegation from the rural development department of the Government of Jharkhand along with representatives from the World Bank visited Brazil on September 24–28, 2018. During the knowledge exchange, the Jharkhand delegation met with Brazil government representatives and the Microbacias II (World Bank funded project) implementation teams. Microbacias II project is implemented through farmer cooperatives and has invested heavily in providing infrastructure support to the farmer associations through easy access to credit below market rates.

Through a combination of high-level discussions, meetings with farming communities and field visits, the Indian delegation was able to benefit first hand from the Brazilian experience. The visit began with interactive discussions with representatives from the Brazilian government and the Microbacias II project implementation team. The challenges facing this project were similar to the Jharkhand context, in particular constraints in access to markets, organic certification of the produce and infrastructure support to farmers.

Presentations were made, focusing on project funding patterns and changes in the public policy to facilitate easy access to credit for the farmers associations through formal financial institutions at below market interest rates (3% rather than 5%). During a field visit, the Indian delegation was able to see how Microbacias II support has helped Brazilian farmers acquire machinery for processing coffee through an arrangement where the project contributed 70% of the cost and farmers associations 30%. The acquisition of the machinery has helped farmers do sorting and grading of coffee at a primary level to fetch similar market prices enjoyed by big coffee processors.

Organic farming certification and the important role farmers cooperatives play in livelihood enhancement among poor communities was demonstrated during the discussions and field visits. The delegation visited the property of Mr. Quintana, a farmer at Sitio Beija Flor in Barrio Santo Ambrosio. Mr. Quintana shared his experiences as a project beneficiary, whose yields and profits have increased since getting organic certification.

Field visits to Sepe-Tiaraju and Embrapa were undertaken to practically learn about agro-forest production, value addition and farming communities carrying out fruit and vegetable farming with linkages to supplying government schools. Research development and innovation efforts are taking place to harmonize the demands of productive systems, conservation and the environment. Presentations were delivered on various agroforestry models being used and the research being undertaken. The officials from Embrapa shared their journey and experiences since the project inception and their contributions towards ensuring sustainability of the Microbacias II project. The focus areas of Embrapa have been (i) impact assessment and environmental management of agriculture, (ii) global climate change, (iii) agro-environmental quality and sustainability of the production systems and (iv) bio prospection and environmental bio technology.

During a visit to a farmer’s property in Ibuna, the delegation learnt the step by step process of making organic compost known as Bokashi. Farmers use Bokashi to carry out production of organic vegetables certified under the PGS system, a certification system prevalently used in India. While visiting a horticulture processing unit, the delegation observed how vegetables are graded, then packed according to specifications and quality. The process ranges from grading, washing, processing, packing and marketing of the produce to various department stores and private companies. The facilities provide numerous employment opportunities for staff who are well trained on aspects of handling and grading horticultural produce.

The delegation visited the Sao Paulo General Warehouse Company, a federal public company linked to the Ministry of Agriculture which is responsible for connecting production from the field to various Brazilian states and beyond. There were key lessons learnt from the systematic lifting of quality products, value addition and refrigeration aspects of the horticulture supply chain.

Mr. Trani, Environment Secretary from Brazil, emphasized the judicious use of resources, be they human, monetary, and environmental, as a key factor to ensuring project sustainability. The main lessons learned from the Microbacias II project implementation teams were:

Maturity of the organization – As farmers associations mature, they become more self-reliant and able to take up more responsibilities.

Ownership – Empowerment of farmers associations has helped in developing ownership towards the project leading to sustainability.

Access to credit – Facilitating below market credit rates has strengthened the capacity and productivity of farmers associations.

Members of the delegation included:

The knowledge exchange was funded by the South-South Facility, a World Bank executed multi-donor trust fund. Planning and implementation was a collaborative effort between teams from the World Bank’s Agriculture Global practice in India and Brazil, the Governance Global practice and the Development Economics (DEC) Vice Presidency unit.

The World Bank’s Agriculture Global Practice teams in India and Brazil collaborated with the communication teams in the World Bank Office in Brazil to give visibility to the knowledge exchange through articles featured in the "Inside Latin America and Caribbean" newsletter, in social media as well as in a blog.

It is expected that the experiences and knowledge gained during the exchange would inspire the Jharkhand team to incorporate the global good practices into the project implementation. This would be achieved through enhanced capacity of the project stakeholders to design a strategy and action plan for productive alliances to be implemented as part of the JOHAR project. It is hoped that this could lead to the development of political will and favorable policies to pilot an effective productive alliance.

The main take-aways from the knowledge exchange were: