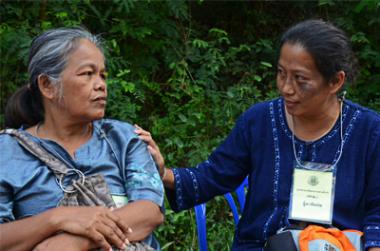 The Government of Myanmar recognized the need to reform public financial management as part of a broader effort to restore fair and accountable governance, build the country’s economy, and promote national reconciliation after decades of military rule. To modernize and improve budgetary transparency, the Ministry of Finance and Revenue arranged an exchange with Thailand to learn from its experience—including from failed reforms.

After decades of military rule, which formally ended in 2011, the Government of Myanmar set upon a course to reform public financial management (PFM) as part of a broader effort to restore fair and accountable governance, build the country’s economy, and promote national reconciliation. Years of isolation had resulted in a PFM system that was significantly over-delegated and under-regulated. Any existing regulations have not kept pace with practices, creating ambiguity and informality in the budget process and timeline. PFM guidelines are inconsistent across ministries and departments. Further, the system operations are mostly handled manually, with only slight automation. Added to the regulatory and operational deficiencies, staff capacity remains low given the absence of any training opportunities and lack of exposure to good practice outside Myanmar.  To modernize and improve budgetary transparency, the Budget Department of the Ministry of Finance and Revenue sought an opportunity to learn from regional neighbors that experienced similar reform.

The Government of Myanmar has demonstrated a commitment to reforming the PFM system and budget process through engagements with the World Bank, the Asian Development Bank, and the International Monetary Fund. Myanmar has completed a Public Expenditure Review and Public Expenditure and Financial Accountability (PEFA) assessment, the results of which were made publicly available. Myanmar is also one of the founding members of the recently constituted Public Expenditure Management Network in Asia (PEMNA), a peer-to-peer learning network for budget and treasury officials in the Asia Pacific region.

As part of the reform efforts, Myanmar fielded a delegation of budget, treasury, and tax officials to share the country’s PFM challenges and learn from experiences of other countries. Having implemented significant budget reforms over the last decade, Thailand had a well-established budget office, treasury function, and tax system. It therefore emerged as a country from whose experience had much to offer to Myanmar authorities from a peer-practitioner perspective.

From August 26-31, 2013 about 20 staff and management personnel from Myanmar visited Thailand for the knowledge exchange. The Myanmar representatives learned about what worked—and as much about which challenges failed achievement—in the Thai Government’s reform efforts. Discussions took place with the Fiscal Policy Office, Bureau of the Budget, Comptroller General’s Department, Public Debt Management Office, Revenue Department, State Enterprise Policy Office, and National Decentralization Committee. Topics included issues and lessons learned related to reform sequencing, such as incremental reforms are better than one “big bang” effort, multi-year budgeting should be sequenced, and other issues related to institutions and capacity. There was a detailed exchange on the Thai decentralization experience—along with focused discussions on challenges that were successful and others that failed to be resolved.

The Ministry of Finance and Revenue took away from the exchange many relevant lessons on revenue, expenditure, fiscal policy, and central-local relations. After the team returned, the Myanmar Government made an internal report (upon return) to the Cabinet on the Thailand experience and its relevance for Myanmar.

The World Bank organized the knowledge sharing visit that provided the avenue for peers to exchange views freely and candidly. It financed the exchange with a South-South Facility grant of US$38,958.

Myanmar has requested a similar exchange with Vietnam.

"The knowledge visits were very helpful for us to develop a PFM strategy and engage more fully with PEMNA." - Director General of the Budget Department, Ministry of Finance, Myanmar.