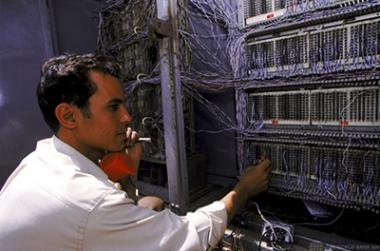 To ensure universal access to affordable telecommunications services, Tunisian and Mauritanian officials engaged in an exchange with Turkey on ways to reform and liberalize their telecom sectors, with an emphasis on broadband. They learned how to open up telecom markets to competition, align regulatory frameworks to EU standards, and balance investment incentives with protecting competition in fiber optic networks.

The Governments of Tunisia and Mauritania sought to increase competition in telecommunications to expand access to and reduce prices of telecom and broadband services, and raise the competitiveness of their information and communication technology (ICT) sectors. With support of the World Bank, Tunisian officials began to revise their ICT laws and regulations, and engaged in drafting a 2018 Digital Tunisia strategy. Mauritanian officials also took steps to develop a 2012-2016 ICT strategy and revise their legal and regulatory framework.

Both countries, however, lacked the capacity to design and implement policies and regulations supporting telecom liberalization, especially to foster broadband and ultra-fast broadband, ensure the interoperability of and open access to backbone fiber-optic networks, and boost usage of Internet domain names. Mauritania and Tunisia also faced challenges in ensuring open access to submarine fiber optic cables channeling international voice and data. Both countries were interested in learning from international and European Union (EU) practices.

Officials from these countries requested Bank assistance in organizing an exchange with Turkey, which had successfully liberalized its telecom sector in the 2000s. They were interested in how Turkey had opened its market to new providers, ensured open access to and interoperability of its broadband and ultrafast broadband infrastructure, and aligned its legal and regulatory framework to that of the EU Acquis – or the body of EU regulations and legislation.

The exchange increased the capacity of Tunisian and Mauritanian officials to liberalize their telecom markets, with the aims of ensuring universal and affordable telecom and broadband services:

According to another Mauritanian participant “the sharing of experiences was very useful. . .it helped me to identify the success factors and bottlenecks for developing broadband and ultra-fast broadband bandwidth, which will undoubtedly help me put in place a policy promoting this development.”

Bank staff brokered this exchange based on their international project experiences and in connection to broader Bank assistance programs in Tunisia and Mauritania. Bank staff used a grant of US$42,500 from the South-South Experience Exchange Facility (SEETF) to fund the travel and accommodations of participants in the study tour to Turkey and in the expert visit to Mauritania. Bank staff captured knowledge gained in this exchange through summary reports available in English and French and blogs available in Turkish, English and French.

The key knowledge providing agency was Turkey’s Information and Communications Technology Authority (ICTA), which is the principal telecom regulator responsible for ensuring competition, streamlining regulations, and promoting research and development. ICTA staff understood the importance of helping to build the capacity of developing countries, and had previously supported training seminars on telecom topics. Within the framework of ICTA’s bilateral cooperation activities, ICTA had signed 19 MoUs with countries to support knowledge sharing.

Another key agency providing knowledge was Tunisia’s Instance Nationale de Telecommunications (INT), the country’s principal telecom regulator. This exchange led to the first MoU between INT and ARE.

Over the longer-term, lessons from the exchange are expected to help Tunisia and Mauritania to promote reforms to foster broadband development, as well as raise the competitiveness of their ICT industries. As noted, Mauritania’s secondary legislation on interconnection and facility sharing benefitted from comments from Turkish and Tunisian experts.

In the framework of the bilateral agreements, Turkey’s ICTA has invited Mauritanian officials to training seminars, and may partner with the World Bank to promote knowledge exchange in telecom liberalization, particularly with countries in Africa and in Central Asia. Tunisia’s INT is also expected to support Mauritanian officials in carrying out liberalization of Internet domain names.

The officials who participated from Tunisia and Mauritania came from the following agencies: