Implementing Multidimensional Measures of Well-being in Bolivia: Learning from Bhutan, Ecuador, and Mexico 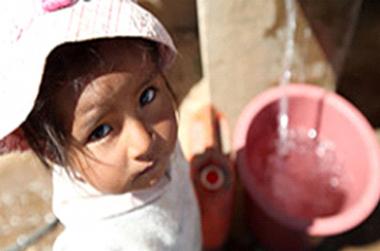 The Exchange gathered experts from Bhutan, Ecuador, and Mexico to share knowledge with Bolivian government officials on “measuring” the concept of buen vivir (literally, living well) across monetary and nonmonetary dimensions of social development. Approaches used included two conferences in La Paz Bolivia, and videoconferences among participating countries. Representatives from other countries, including Venezuela and Uruguay, also participated though without direct World Bank support.

According to the 2009 Bolivian Constitution, the concept of buen vivir is the country’s overarching premise for the country’s development policy-making and programs: improving the effectiveness of social development and poverty eradication programs.

To this end, the Bolivian government set out to define new measures for assessing social welfare and development — going beyond measures of monetary poverty and capturing the broader concept of buen vivir across several dimensions. A new official instrument would help to better monitor and evaluate program effectiveness, according to the government’s National Development Plan.

Bolivia’s specific challenge was both how to define the different dimensions to be included in the instrument, and how to actually measure them. To this end, the government broadened the discussion on buen vivir by examining public policy design and implementation – learning from the experiences of countries that had adopted multidimensional measures of well-being (Bhutan and Mexico) and those developing their own measures (Ecuador).

The Bolivian government requested World Bank support to organize an exchange with government counterparts from Bhutan, Ecuador, and Mexico. Bhutan has been a pioneer in measuring and monitoring happiness in its policymaking process, and Mexico has led in designing and implementing a multidimensional poverty index. Finally, Ecuador had engaged in the design of a mechanism for measuring and monitoring multidimensional well-being, thus offering lessons learned.

To initiate contacts for the upcoming Exchange, the Bolivian ministers of Development and of Foreign Affairs participated in a February 2013 videoconference with representatives of the Centre of Bhutan Studies and GNH Research (associated with the Gross National Happiness Index), Ecuador’s Buen Vivir Program, and Mexico’s CONEVAL.

The Exchange included technical discussions between Bolivian officials and experts from Bhutan and Mexico, part of a conference held in La Paz in April 2014. The conference enabled technical experts to provide detailed comments on the Bolivian government's draft proposal for more precisely defining and measuring buen vivir. Bolivian participants included officials from the Ministry of Foreign Affairs, which led the theoretical conceptualization of buen vivir, and the government's think tank UDAPE, which led the methodological design of indicators and survey questions.

In mid-August 2014, a high-level conference took place with featured participants being the Bolivian ministers for Foreign Affairs and for Development Planning, the president of the Centre for Bhutan Studies, the secretary of the Ecuadorian Buen Vivir Program, and government officials from Mexico, Uruguay, and Venezuela. During this conference, Bolivian authorities presented their revised proposal for measuring buen vivir; they also considered those inputs received from international participants in April and those received during domestic consultations in June. The August event concluded with a formal knowledge session, at which representatives from the five countries presented their proposals before the press and the general public.

The specific results or outputs were as follows:

As a result of the Exchange, Bolivian authorities prepared a detailed proposal for more precisely defining, measuring, and monitoring so-called buen vivir outcomes. The consolidated, revised proposal was based on two separate documents previously prepared by the Ministry of Development Planning and the Ministry of Foreign Affairs. The improved proposal included the historical, cultural, and philosophical underpinnings of their concept of buen vivir as well as a detailed list of monitoring indicators, the associated specific metrics, and relevant survey questions.

Both the Centre for Bhutanese Studies and CONEVAL expressed their willingness to continue supporting the Bolivian government in its efforts to measure well-being on the basis of alternative conceptualizations. The governments of Bhutan, Ecuador, and Mexico also agreed to meet again at international events (first in Mexico in November 2014 and then in Bhutan in November 2015) to continue discussing these issues.

The World Bank (in particular, the Multidimensional Poverty Non-lending Technical Assistance team) worked closely with the Bolivian authorities (particularly, from the Development Planning and the Foreign Affairs ministries), throughout the process – to organize the discussions and ensure that the final, international event in mid-August was a success. The team also offered ongoing technical assistance on measurement, including analyses and tests, necessary for implementing the monitoring program.