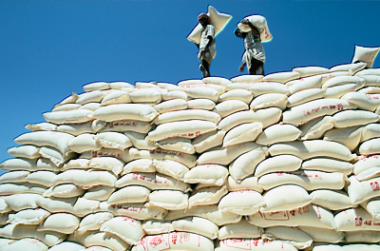 The Government of Bangladesh recognized a need to ensure secure and affordable housing options for its urban poor at a time of rapid urban expansion. Toward this objective, the Government moved to develop a national framework for providing housing and shelter options for the urban poor and most vulnerable. A knowledge exchange with India and the Philippines shared experiences on new financing methods as well as models for engaging communities in the process of upgrading slums and providing adequate housing options for those living in informal settlements.

The Government of Bangladesh faced a critical situation to ensure secure and affordable housing options for its urban poor who were living in informal settlements that continue to proliferate with rapid urban expansion. The Government adopted a National Housing Policy that provides provisions for adequate shelter to the urban poor and low-income groups. In addition, the Government introduced a National Strategy for Accelerated Poverty Reduction to create an enabling environment for adequate and affordable housing for its citizens, including the most vulnerable.

Although there have been some successes, many of the Government’s actions, which have resulted from such policies, have largely ignored or focused on evicting residents of existing informal settlement and have yet to truly address the needs of those settlement dwellers.  The Government recognized that it needed to implement new approaches to provide for those living in these informal settlements, but it lacked experience in implementing successful models and innovative, participatory approaches.

The Government requested the World Bank to assist in arranging a knowledge exchange with India and the Philippines to learn about their experiences and successful models for community-based, community-driven slum upgrading and urban housing development.  The exchange included site visits and a follow-up workshop.  Bangladeshi participants in this exchange were from a cross-section of government departments responsible for housing and social development. Participating from India were representatives of the national government and of provincial and local public and private sector agencies, including international NGOs. In the Philippines, participants included the Vice President, representatives of the federal government, local city officials, and international NGOs.

During the site visit in the Philippines on January 24-26, 2013, participants observed and discussed the Community Mortgage Program and Taguig City’s slum redevelopment initiatives. Additionally, the Asian Coalition for Housing Rights (ACHIR) provided participants with insights into its programs in Manila City and Quezon City. Participants also met with representatives of the Ministry for Social Welfare and Development as well as the Vice President of the Philippines. During the site visit in India from January 27 to February 1, 2013, participants from Bangladesh visited the Mumbai Slum Rehabilitation Scheme to see how the private sector has been participating in slum development and the Mumbai Urban Transport Project to observe participatory resettlement efforts. In the city of Ahmedabad, the group had first-hand observation of the city’s slum upgrading; and in the cities of Pune and Sangli, they witnessed efforts to conduct low-cost mapping of slum areas. While in India, participants also met with the NGO Slum Dwellers International, Self-Employed Women’s Association, and the Society for the Promotion of Area Resource Centers (SPARC).  Following the study visits, a workshop was held in Bangladesh on February 24-25, 2013 to allow participants to discuss the various models they had observed and their applicability to the Bangladeshi context.

The exchange was financed by the South-South Knowledge Exchange Facility. In addition to this support, the World Bank team also facilitated the exchange visits to India and the Philippines, leveraging its experience in both countries to ensure that the most relevant slum-upgrading models were observed during the visits.

Providing knowledge during this exchange from India were representatives of:

Providing knowledge during this exchange from the Philippines were representatives of:

Dialogue and collaboration among the Bangladeshi officials and their Indian and Filipino colleagues has continued. To date, representatives from India have visited Bangladesh to further discuss community-led slum upgrading and housing design. This continuation includes visits from representatives of SPRC and the Shelter Associates from the city of Pune. It is expected that representatives from the Philippines will also visit Bangladesh when funding become available. These efforts have mobilized Bangladesh to develop its own community-led, slum-upgrading program, which includes a proposed lending operation of nearly US$100 million.

From Bangladesh, representatives of the following agencies participated in the exchange: