Improving Treasury Operations in the Philippines 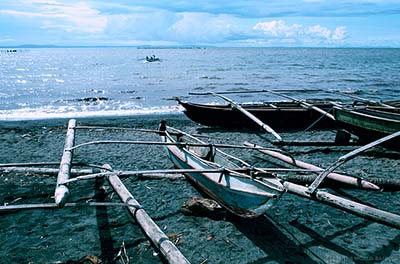 Weaknesses in public financial management (PFM), such as fragmented public accounts and inadequate capacity in budget monitoring and execution, posed risks to governance and anti-corruption efforts in the Philippines. The Government of the Philippines had worked with the World Bank and other donors – notably AusAID – to strengthen PFM by helping officials develop a PFM reform roadmap. Initial pillars of the reform agenda were to create a Government-Integrated Financial Management Information System (GIFMIS) for real-time control and reporting of financial transactions, and to establish a Treasury Single Account (TSA) for consolidated control of funds and automated fund transfers. However, Filipino officials lacked the know-how to develop a TSA, and feared making mistakes. Filipino officials had heard about Russia’s experience of transitioning to a TSA at a Bank-supported regional workshop in Manila in 2010, and chose to engage in a study tour to Russia. On this tour, they explored how a mature TSA system operates, whether it can work in the Philippines, and how to build a consensus on next steps.
During a five-day study tour in October 2011, nine officials from the Philippines’ Department of Finance, Bureau of the Treasury, Department of Budget and Management, and Commission on Audit visited Moscow to learn about Russia’s TSA and core PFM functions, including budget preparation and execution, treasury cash management, revenue administration, and reporting and auditing. Delegates also met with the Federal Treasury Department in the Vladimir Region to understand how the TSA supported local government operations.
The visit was crucial in reinvigorating a stalled reform process. It enhanced delegates’ confidence and commitment to reform and allowed them to envision what was possible in the Philippines. After the exchange, delegates established a Working Group to promote reforms and developed an Action Plan outlining next steps for supporting a TSA.
Participants praised the visit for its transfer of know-how and role in building ownership over reform. Gil Beltran, the Undersecretary of the Department of Finance, noted after the visit that “A TSA would make for easier decision-making and would make the job for the Bureau of the Treasury much easier,” and suggested that “If Russia with its population of 150 million could do it, why can’t we?”

To improve governance and reduce corruption, the Government of the Philippines sought to improve the efficiency and transparency of public financial management (PFM). It wanted to address the fragmentation of public accounts across agencies, and improve capacity to monitor agency budgets’ development and execution. In 2009 and 2010, with help from the World Bank, the Government developed a comprehensive road map for PFM reforms that prioritized – among other reforms – the establishment of a “Treasury Single Account” (TSA) and a Government-Integrated Financial Management Information System (GIFMIS).
Though placing a priority on a TSA, Filipino policymakers and officials were not fully convinced how well such a system might work in the Philippines. They also lacked the experience and know-how to move from concept to implementation, and feared making mistakes, slowing the reform process. The Bank and donors, notably AusAID, offered help through technical assistance missions, an introductory training course on concepts and examples of projects in financial management information systems (FMIS), and a regional conference on PFM reforms in Manila in 2010. During this conference, Filipino officials learned about the experiences of neighboring countries more advanced in PFM, and met with counterparts from the Russian Government, which had successfully transitioned to a TSA in 2000.  Dialogue between the Filipino and Russian officials at this conference led to a proposal for a study tour to Russia to learn more about its transition to a TSA, cultivate a vision on what was possible in the Philippines, and reach a consensus on next steps.

The Government of the Philippines—with support of AuSAID and the Bank—has made progress on developing a GIFMIS.  Government officials are designing aspects of the GIFMIS, and expect to have an electronic ledger system in place by 2015 to lay the foundation for a TSA. The Bureau of the Treasury aims to integrate its cash management systems with systems for revenue collection and reporting, budget management and accountability, and financial reporting and auditing. The Treasury is working with the Central Monetary Authority and the government banking system to evaluate technical options and arrangements for system operations.