Improving Performance Audit Capacity in Indonesia: Toward a More Effective and Efficient Government 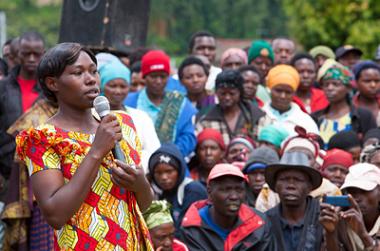 Like Indonesia, South Africa is an emerging leader among middle-income countries and faces similar challenges such as reducing poverty and improving infrastructure and sanitation. These economic similarities enable certain shared understandings; in addition both are English-speaking countries, which reduces communication barriers. The Auditor General of South Africa (AGSA) has a demonstrated record of carrying out sound performance audits, and South Africa is also the Executive Secretariat of AFROSAI-E, the African Association of Supreme Auditing Institutions (English-speaking). Indonesia is the same for ASOSAI, the counterpart Asian association. AFROSAI has long had an excellent training program in performance auditing. By adopting performance auditing skills and policies from South Africa, BPK can provide sound, realistic, and effective recommendations on government spending and opinions about whether the government has achieved the development outcomes with economy, efficiency, and effectiveness.
The exchange started June 12, 2014, with an internal discussion at BPK about goals for the exchange. An audio conference was held one week prior to the exchange between BPK Deputy Directors and Managers and knowledge providers from AGSA and AFROSAI to lay groundwork and establish expectations. The team of about 10 BPK members included representatives from the research department that formulates policies, guidelines, and training curriculum for performance auditors; the Inspector’s office from the BPK; the ASEANSAI secretariat; and the technical unit responsible for performance audits. They visited South Africa, June 21-28, 2014, to discuss performance audit planning, execution, reporting, and follow-up action as well as specialized auditor training.
After returning to Indonesia, BPK conducted a follow-up workshop in November 2014, where the 10 participants shared their learning and experience with an extended BPK staff. Each participant also prepared a report on the probability of the adoption of what they learned in South Africa to the Indonesian context.

The existing BPK structure did not have a dedicated performance audit department, but they agreed to develop one similar in structure to AGSA following the knowledge exchange.

The World Bank task team proposed and prepared the program at a time when the BPK needed to improve the performance audit approach. The in-country-based task team worked with the BPK team to select a provider country and worked with the Lead FM Specialist in the Bank office in Pretoria, South Africa. The Bank financed the exchange with a grant of US$29,464.45.

BPK agreed to adopt the AGSA training program, including curriculum and models, which will improve their capacity to carry out performance audits. Instead of a leveling program (member, leader, supervisor training), the training is based on the auditing cycle (preparation, execution, and reporting). The auditor may move to the next program after demonstrating competence in the current training.

BPK may form a partnership with other research agencies, including universities with experts in relevant areas, to help guide coordination between the R&D and Technical Audit units.

Reflecting on the knowledge exchange, Alec Green, Performance and Audit Department, AGSA stated, “This is one of the best ways to really share information.”

One of the knowledge providers, Grace N. Z. Nelwamondo, Chief Performance Auditor, Office of the Auditor General, Namibia commented, “From what I have seen, [the exchange] is going to make [Indonesia] more equipped, more effective, more efficient . . . It will expose the BPK more; it will challenge BPK because now they have to decide whether they’re going to specialize in performance auditing, which is actually advisable, even if it means they have to start off small…. I have seen it in other countries how performance auditing has been in demand – how effective it is.”

On the recipients’ side, Dian Primartanto, Deputy Director for Research and Development on Special Audit Purposes, BPK, summed it up thus: “I could take lessons learned from my visit to Auditor General of South Africa, is the important role of research and development division. I learned that the R&D [Research and Development] Division in AGSA had become the supporting role, giving inputs and suggestion to the Auditor General in choosing the topics and objects of performance audits. It is interesting for me that when they formulate the topics, the R&D really puts in to their consideration what are the government concerns and priorities. Therefore the audit proposal runs parallel to the program and priorities of the South African Government[…]. As a consequence, there is an additional perspective that makes the overview of the audit proposal more complete. Lastly, and most important, is how the Auditor General takes the R&D’s inputs into decision-making.”

BPK Deputy Director for Taxes Audit, Ahmad Adib Susilo, noted, “When they are going to audit, they have specialists that help the auditing team on planning the audit process such as a specialist on Public Health. [Also] they have made clear divisions who work for financial, performance or compliance audit. Each of them becomes an expert in their respective field.”