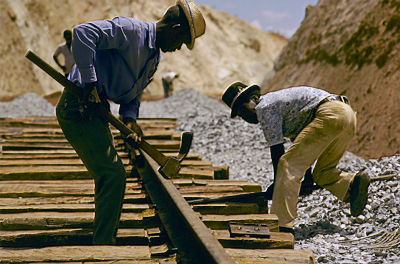 The Government of the Russian Federation aimed to improve its urban transport systems and thereby enhance the environmental, social, and financial sustainability of its cities. As another large, middle-income country hosting major world events, Brazil has had three decades of progress in the sector. Learning from Brazil’s experience, Russia improved its capacity in urban transport project planning.

In the face of rapid urbanization and motorization, the Government of the Russian Federation aimed to improve urban transport systems to enhance the environmental, social, and financial sustainability of its cities. However, the Federation faced capacity challenges in planning and organizing a coherent transportation system that could encompass multiple municipalities and incorporating innovative mass transit systems, such as bus rapid transit (BRT) and light rail transit (LRT). It also sought financing methods, including public–private partnerships, for large public transport investments and ways for integrating spatial and land-use planning and transport planning. Also, as host of the 2018 FIFA World Cup, Russia wished to gain transport knowledge for global sport event preparation.

The Russian Federation sought an exchange with a middle-income country with a large economy and federation-style government that had faced similar challenges and successfully implemented reforms and innovative programs at the national and city level. The Federation also wished to broaden its perspective beyond Western Europe to exchange with Asian or Latin American countries.

In August 2013, a delegation of Russian urban transport policy-makers, planners, and practitioners visited Brazil for a weeklong exchange program. Russian participants were from the Federal Ministry of Transport, regional government, and from municipal administrations where pilot projects were to be implemented and where the 2018 World Cup will be hosted.

With its federal-style government structure, Brazil was chosen as the knowledge provider because of experience with high-level, cross-sectoral collaboration. Brazil hosted the World Cup events in 2014, which required leadership and good planning at the national level and resource allocation among multiple cities. Brazil participants included both city-level counterparts and a delegation from the Brazilian Ministry of Cities, which allocates funding for urban mobility and investment in mass transit and monitors implementation. The Russian Ministry of Transport is putting together plan to systematically channel funding to cities and so was particularly interested in this program.

Over the last 30 years, Brazil has faced success and challenges implementing reforms in several Brazilian municipalities. Curitiba, a small and compact city, pioneered integrated land-use and transport planning and one of the first BRT systems in the world. Rio de Janeiro, a growing city, has achieved progress in intermodal integration with a comprehensive command center. And Sao Paolo, the largest metropolis in Brazil, has implemented a controversial BRT system. Through site visits and technical sessions in each city and a final one-day workshop, participants participated in discussions to increase implementation know-how by learning through real-life examples.

“We came across exactly the right people to answer the questions that most interested us,” said Igor Titov, General Director of Scientific and Research Institute for Motor Transport (NIIAT). “I would say that there was a good balance between theory and practice with respect to presentations, information given and firsthand experiences.”

As a main facilitator of the event, the World Bank Regional Transport Teams for the Latin America and Caribbean (LCR) and the Europe and Central Asia (ECA) Regions capitalized on the ongoing collaboration under the Urban Transport Community of Practice, through which urban transport specialists in different regions have shared their knowledge and experience. The Bank teams from both regions (LCR and ECA) worked closely to bring out the most benefits from the proposed activity, and furthermore to share this with the broader community within and outside the Bank. The Bank funded the exchange with a grant of US$49,432 from the South-South Facility.

A large part of travel expenses and accommodation costs of the participants was covered by the budgetary resources of the Russian Government.

The Improvement of Urban Transport Systems Project has been fully prepared and negotiated, and was ready to be submitted to the Board in July 2014. However, because of sanctions imposed on Russia and geopolitical circumstances, the team was advised not to submit projects for Russia. For now, future financing for the project is uncertain.

Participant Quotes:
Nikolay Novikov, Deputy Head of Lipetsk City Administration and Chairman of Dept. for Transport, Roads, and Urban Land Improvement, said: "The BRT drew my attention because I’ve never seen anything like it elsewhere. I was very impressed. I think it could be implemented in certain Russian cities."

Kirill Lavrenov, Head of Department of Transportation Services on Sites of Olympic Games Transport Directorate, said: "I liked everything related to mass transportation to ensure providing access to the mega events. I liked the Metrô Rio presentation a lot and how the system has prepared for the big events. Especially the methods used to evacuate a large number of people in a very limited amount of time."

Marina Zabalueva, Head of Department of External Communication of Olympic Games Transport Directorate, said: "The visit manifested the highest possible level of organization. I would like to highlight the well-calculated balance between the meetings and the possibility of checking out in practice all the information that we received during the meetings. [S]ince Brazil will be hosting the same sporting events as Russia[,] the information on how the preparatory work was done for the events -- which we were able to see in almost all the presentations -- made a big difference for us."

Vladimir Lugovenko, Deputy Head of Department for State Policy for automobile and Urban Passenger Transport of Federal Ministry of Transport, said: "I was really impressed with the COR - Rio Operations Center. We need a center like that."