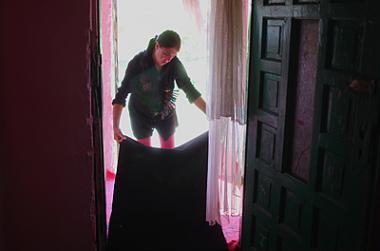 Moldova is highly dependent on energy import, which carries risks in the form of possible disruptions in the supply of energy and negative effects on the country's account balances. Like many other republics of the former Soviet Union, Moldova has suffered from an outdated and deteriorating infrastructure. This causes inefficiencies that further drive up the already high costs for energy, with negative consequences especially for the wellbeing of society’s vulnerable groups. To respond to these challenges, the Government of Moldova decided to upgrade segments of the infrastructure in the district heating sector and improve its operational efficiency.

The World Bank has been assisting Moldova in upgrading the infrastructure and making the district heating sector more efficient. It has also financed the merger of two heat and power cogenerating plants with the former district heating company, Termocom, in Moldova's capital Chisinau, where 17 percent of the country's population lives. The name of the new company is Termoelectrica. As part of the overall efforts to improve the performance of the sector, a grant from the South-South Experience Facility provided crucial support to initiate the operations of Termoelectrica and strengthen the capacity of its staff in the form of a knowledge exchange between Moldova and Romania.

To ensure that Termoelectrica could operate in an efficient manner, it was important to train the new company’s management and staff on an array of management and financial tools and good practice approaches for running a successful company. A well-operating Termoelectrica would ensure a more efficient and reliable heat supply to the population of Chisinau.

The participants in the knowledge exchange were Termoelectrica's management and key staff, including the Chief Executive Officer, Chief Financial Officer, Chief Technical Officer, and several technical and commercial managers. The exchange consisted of a study tour in Romania and three work­shops organized in Chisinau. The workshops were organized by COGEN Romania, which is a national association of 34 thermal energy production and distribution companies in 32 large cities in Romania. COGEN Romania has thorough experience in issues relating to district and local heat generation, with a special focus on combined heat- and power-generation processes.

The workshops focused on areas that would strengthen the participants' operational know-how. Topics covered during the workshops included project management, human resources, district heating regulations, and marketing and communications.  To contextualize and amplify the learning process, the knowledge exchange followed a sequenced approach. After the first workshop, a study tour was made to several field sites in Romania, followed by the two remaining workshops back in Moldova. The study tour focused on technical and opera­tional issues in heat production and distribution, and on how the consumer interface in district heating is set up in Romania.

The exchange provided Termoelectrica's management and staff with an opportunity for first-hand observation of management processes and production facilities of well-functioning operations. With further insight into well-established practices, the participants gained a deeper understanding of the requirements needed to make Termoelectrica a successful company in district heating.

The breadth of the workshop topics helped managers from Termoelectrica's different depart­ments to better understand the roles and responsibilities of their company’s varied departments, which allowed them to identify and address key collegial areas of synergies and issues that would help to further increase the efficiency of Termoelectrica's operations. And the exchange was equally useful for the World Bank team which gained a deeper un­derstanding of Termoelectrica's specific needs for further technical assistance.

There are several comparable district heating operators in the region that would benefit from a similar knowledge ex­change. It is therefore most  likely that this knowledge ex­change could  easily be repli­cated in another country.

Overall, as a result of the successful knowledge exchange, Termoelectrica is in a good position to improve its operational efficiency and provide its services in a more stable and satisfactory manner. During the workshops, Termoelectrica's representatives developed solutions to several pressing challenges in such areas as customer relations, heat production, strategic staffing, and marketing efforts to connect new consumers to its distribution network. As an example, the company representatives developed different marketing approaches to residential consumers and to public buildings. The participants also prepared a report of the lessons learned during the study tour in Romania.

Based on insight and knowledge gained from the exchange, Termoelectrica's management has initiated discussions on developing long-term goals for the company. The knowledge exchange gave management further impetus to follow up with the Romanian knowledge providers to continue sharing their experiences in district heating, and also to establish new contacts to learn from other countries' experiences. It is expected that the interaction between COGEN Romania's repre­sentatives and Termoelectrica will continue in the future.

The knowledge exchange had also another significant catalytic effect.  The exchange represented a first step in a technical assistance program for Termoelectrica that allowed the World Bank team to map out an appropriate program for further technical assistance to Termoelectrica. Based on the corporate devel­opment program aiming at further improving the company's efficiency, the World Bank team has been able to mobilize financing from the Korean Green Growth Trust Fund.