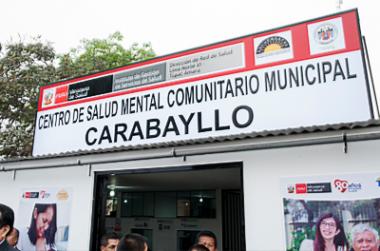 Paraguay undertook an exchange program with Chile and Peru to enhance the knowledge and skills of its decision-makers and technical staff to serve as input to develop an efficient state-owned enterprises (SOE) oversight system. Having learned from two of the most advanced oversight units of the SOE sector in Latin America, Paraguay is currently preparing a Corporate Governance Framework to ensure state-owned enterprises deliver services efficiently.

Over the past decade, while coverage of basic services has generally improved significantly in Paraguay, it lags behind in some areas when compared with its regional peers. The Dirección General de Empresas Públicas - DGEP (General Directorate for Public Enterprises) of Paraguay was established to provide technical support for oversight of state-owned enterprises that provide basic services. After finalizing its Action Plan for 2014/15, DGEP expressed strong interest in learning from other countries how to implement the plan in a way that supports organizations to provide efficient services. In addition, DGEP officials needed ideas to equip them to prepare a corporate governance framework that would guide their monitoring and general oversight functions.

The proposed exchange was therefore structured to enhance the knowledge and skills of decision-makers and technical staff in Paraguay to enable them to develop an effective oversight system for state-owned enterprises. Chile and Peru, two neighbors that have outperformed Paraguay, served as knowledge providers.

From 9 -13 March, 2015, a delegation from DGEP visited Chile. They held technical meetings with SEP, the Ministry of Finance, Ministry of Transport and Telecommunications, and institutions including Superintendencia de Servicios Sanitarios (SISS), Empresa Portuaria Valparaíso, National Energy Board, Auditor General of Government, and Aguas Andinas SA. The legal framework of SEP and the Transparency Law it was developing were also highly relevant to the DGEP. The Paraguayan delegation also met with ChileCompra (the public procurement agency), where they highly appreciated the transparent and highly effective procurement system.

Another delegation from DGEP visited Peru from 20 to 24 April 2015 for meetings with FONAFE, major SOEs such as Distriluz, Sedapal, and Electroperú, and top officials of the Ministry of the Economy and Finance. They found the organizational model of FONAFE and its experience in implementing reforms particularly inspiring. The delegation also met with representatives of ProInversión (the Private Investment Promotion Agency) to learn about the privatization process in Peru and its transition to the current concession systems, as well as about Peru’s experience with Public-Private Partnerships

Overall, in both countries, the Paraguayans learned about best practices in SOE oversight and corporate governance functions also met with other government agencies and public and private companies to gain new perspectives on regulatory framework, tariff, procurement, concessions, and other topics of interest.

The exchange created momentum for change among the delegates and inspired motivation for their reform process. The exposure to other experiences served as a "self-benchmarking" for them, a development welcomed by ministerial level counterparts. With their enhanced knowledge and skills, the Paraguayans have continued to implement DGEP’s Strategic Plan, applying the lessons they learned on the two study tours to:

A World Bank task team facilitated the knowledge exchange that was funded by a grant of US$46,691 from the South-South Facility.

The Bank continues its support to the DGEP under a Programmatic Non-Lending Technical Assistance approach (Paraguay Programmatic Public Sector Engagement P151990), which will facilitate improved delivery of quality services to the bottom 40 percent of the population. The Latin American Development Bank is currently financing a consultancy for a diagnostic of current practices in Corporate Governance across the SOE sector in Paraguay that will result in a Corporate Governance Code to be adopted by all SOEs and planned to be implemented during 2016. The task team will also support the DGEP in the implementation of the Corporate Governance Code.

The participants, who were mainly practitioners from the SOE Oversight Unit, expressed the usefulness of seeing another country’s SOE oversight “in action.” They stated that it made them aware of what needed to be done, and showed them with very concrete examples and options for Paraguay to improve SOE oversight. Elvio Brizuela, the Director of the SOE Oversight Unit, said those exchanges “will allow the National SOE Council to evaluate alternatives to better meet its main institutional objective of guaranteeing efficient SOEs.”