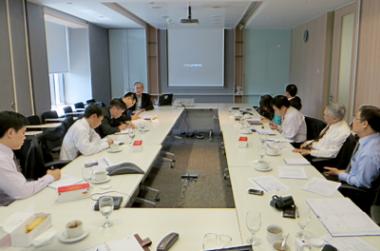 To ensure that Vietnam’s macroeconomic and structural policies could contribute to sustainable economic growth in the wake of the 2008-2009 global economic crisis, government officials participated in an exchange with Indonesia, Mexico, and Chile. Vietnamese officials learned how to institute practical reforms leading to better assessment of their banking system, and developed a policy reform agenda for preventative and corrective measures.

The government of Vietnam sought to undertake structural reforms to restore the progress in economic growth and poverty reduction it had experienced before the 2008-09 global economic crisis. Two of its economic development strategies – the Socio-Economic Development Strategy 2011-20 and the Socio-Economic Development Plan 2011-15 – have identified the restructuring of its banking system and state owned enterprises (SOEs) among the primary reforms needed to revive economic growth. Such plans are indicative of the government’s commitment to these reforms and their progress in doing so.

Notwithstanding deficiencies in the existing regulatory and policy frameworks, Vietnam lacked the knowledge to properly assess existing financial institutions and SOEs. In this light, it also lacked the capacity to develop a realistic restructuring and reform plan for its banking and SOE sectors – with an implementation plan to support future economic stability.

In arranging an exchange with Indonesia, the Vietnamese government requested assistance from the World Bank, which had successfully administered reform strategies that overcame the 1997-98 Asian financial crises in a comprehensive, systematic manner. They hoped to learn from Indonesia’s experience in assessing the impacts of the financial crisis, and to move forward with critical reforms in the banking and SOE sectors – in a focused, consistent, aggressive, and thorough, yet transparent manner.

The exchange was structured into two study visits, as follows:

Participant understanding of keys steps that can be taken to reform and restructure its banking and SOE sectors was increased by:

The exchange was funded by the South-South Knowledge Facility and coordinated by Bank staff in collaboration with the government of Vietnam. The Bank team also contracted an Indonesian expert to come to Vietnam and support ongoing efforts in restructuring of SOEs and their management.

The Indonesians were very supportive during the exchange, and offered the Vietnamese delegation candid and comprehensive suggestions from their experience. They also stated that they are looking forward to additional exchanges with their Vietnamese's counterparts on banking system restructure and SOE reform as well as on other economic development topics of mutual benefit and interest. Following the exchange, a report was also prepared by the Vietnamese delegation to the prime minister, and a seminar was also planned after the exchange to share views with other Vietnamese policy makers.

Economic Advisory Board for the Prime Minister

Ministry of Planning and Investment