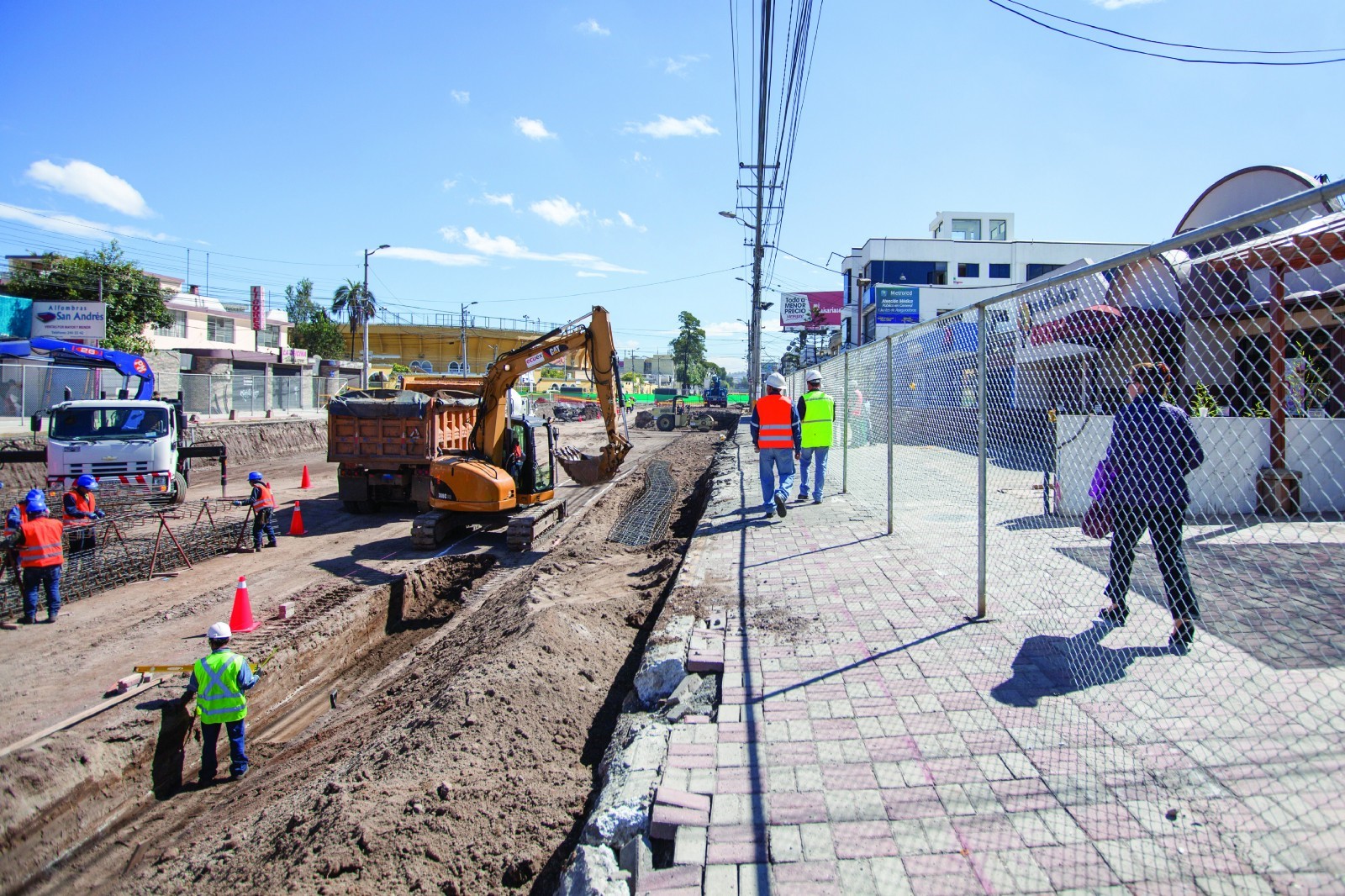 The growing and suburbanizing Municipality of the Metropolitan District of Quito (MDMQ), Ecuador needs to improve its transportation systems to keep pace with demand and give poor and vulnerable groups better access to social and economic opportunities. To meet these transportation challenges, MDMQ must implement an Integrated Public Transport System (In Spanish, Sistema Integrado de Transporte Público, or SITP) and coordinate urban and mobility policies. As part of World Bank support to Ecuador, Quito city officials asked the World Bank for help implementing SITP to integrate transport and urban planning. One supporting activity was to organize a knowledge exchange to help Quito design and implement SITP and discuss goals and challenges related to creation of a new institute responsible for integration of urban transport and planning policies.

Today 2.6 million people live in MDMQ. The population in the urban area is growing by 1.7 percent a year, and by 4.2 percent in suburban areas. Transport demand has been rising in Quito due to this growing population and suburbanization, which makes for more and longer trips. Quito lies in a long, narrow valley running south to north, with the poorest population concentrated in the south and other outlying metropolitan fringes. Lengthy suburban trips will account for nearly a third of trips in MDMQ by 2020.

The Municipality of Quito must improve urban mobility, which increases productivity, reduces transport-related CO2 and local emissions, and improves traffic safety. Improved mobility also increases access to economic and social opportunities for people in the bottom 40 percent income bracket and other vulnerable groups.

The Government of the MMDQ is conducting sector-wide reforms to improve mobility, which includes implementing SITP and coordinating urban and mobility policies. SITP is intended to provide high-quality transit by blending rail and bus-based mass transport and by allowing passengers to transfer more easily between the different types of services. SITP will have four components that will be gradually integrated physically, operationally, and in terms of fare collection:

MDMQ officials asked the World Bank to support implementation of SITP. As part of its support to Ecuador, the World Bank used a South-South Facility grant to support Quito by bringing officials from different departments to work together and exposing them to best practices in the region. Before preparing the exchange, the World Bank had been working closely with Ecuador’s Secretary of Mobility. When he became deputy director of the new IMPUQ, responsible for integration of urban transport and planning policies, he asked the World Bank to help with establishment of the new institute. The knowledge exchange therefore was also designed to address goals and challenges related to creation of the new IMPUQ.

For the knowledge exchange, World Bank transport sector staff drew upon their expertise to identify key cities to help the Quito municipal authorities:

Colombia: The city of Medellin is an example of urban policy innovation. The city uses different transport modes including BRT, conventional buses, metro, tram, and metro-cable. The World Bank also supports the implementation of SITP in Bogotá, which includes “Transmilenio”, one of the world’s highest capacity BRT systems.

Brazil: Curitiba was the first city in the world to implement BRT. In Belo Horizonte, the World Bank is implementing a technical assistance project.

Chile: Santiago de Chile, one of best examples in Latin America of urban transport integration of metro and buses, has the new “Transantiago” BRT system.

Mexico: Mexico City provides an example for successful system expansion and institutional arrangements, including one of the longest Metrobus BRT systems in the world. Also, the cities of Leon de Guanajuato and Queretaro are good examples of SITP implementation at different stages (initial phase in Queretaro, and expansion in Leon de Guanajuato).

The knowledge exchange between Quito authorities and transport institutions in these key cities took place in three phases: initial videoconferences, study tours, and follow up workshop.

First, World Bank consultant Alejandro Hoyos Guerrero organized a series of videoconferences to identify the exact dates for an Ecuadorian delegation to visit the three countries and outline specific visit agendas with organizations in each country.

Between July 27 and 31, 2015 the Ecuadorian delegation--made up of the three key new heads of the new IMPUQ, along with other key technical staff from IMPUQ and the Secretary of Mobility—joined the World Bank consultant for study visits to Bogota’ and Medellin, Colombia. The delegation met with Transmilenio authorities in Bogota’, among other organizations. In Medellin, the Ecuadorians met with the Secreataria de Movilidad and Metro de Medellin, among others.

Between September 18 and 21, 2015, the delegation visited the Mexican cities of Leon the Guanajuato, Queretaro city, and Mexico City to meet with representatives from the Secretaries of Mobility and urban transport planning institutes in each city, along with metro and bus-related public and private transportation organizations. Representatives of Quito Metro company, in charge of procurement of all World Bank-financed activities for implementation of the SITP, then joined the rest of the delegation for a visit to Santiago de Chile between May 16 and 20, 2016 to meet with Metro de Santiago, Transantiago, and the Ministry of Transportation.

In October 2015, World Bank staff organized a dissemination workshop and coordination meeting in Quito to improve coordination among different agencies, key stakeholders, and activities. The workshop included representatives from the IMPUQ, the Secretary of Mobility, the Quito Metro company, the Municipality of Quito, Interamerican Development Bank, European Investment Bank, and CAF, a development bank for Latin America. Each agency presented ongoing and planned activities related to transport and urban planning integration. IMPUQ presented lessons learned in their visits and a vision proposal for their role in the city. The World Bank summarized a list of both existing and recommended activities to achieve SITP and improve transport and urban planning coordination.

IMPUQ: The three managers of the recently created IMPUQ participated in the visit. Until February 2015, these three Ecuadorian participants served as the highest municipal authorities responsible for mobility, urban planning, and housing in Quito:

IMPUQ technical officials from and international consultants helped plan the exchange, and some participated in the exchange with Chile.

Quito Metro Company, in charge of procurement of all the World-Bank-financed activities for implementation of the Quito Metro Line, participated in a visit to Santiago de Chile. Quito Metro participants included one Director; one Specialist; Head of equipment; and  Institutional coordinator.

Secretary of Land, Habitat, and Housing’s, head of the organization, also participated in the activities.

This knowledge exchange was part of a series of activities in which the World Bank is involved to improve mobility in Quito, including a USD 205 million World Bank loan to support the Quito Metro Line One Project. The World Bank is also working with the Public-Private Infrastructure Advisory Facility (PPIAF), a multi-donor technical assistance fund financed by 11 multilateral and bilateral donors, on various activities in Quito, including support for restructuring the Metrobus Q BRT system and strengthening municipal financial capacity to face infrastructure development challenges. The Bank has also advised on Intelligent Transport Systems for public transport.

IMPUQ evolved as a long-term planning institution to support integration of land use and transport planning, and the World Bank will support Quito in the creation of a transport authority to help implement and manage the SITP. During design of this grant, the World Bank assumed that IMPUQ could play the role of a full-fledged transport authority with responsibility for implementation of the SITP. However, the IMPUQ´s role shifted to long-term planning and city vision. The World Bank is discussing with the Municipal Government of Quito how to support creation of a metropolitan transport authority different from IMPUQ, which would play a more active role for implementing and managing SITP activities. Both the Metro Project and the restructuring of the BRT corridors will benefit from eventual creation of a technical institution. In the meantime, IMPUQ presented their long-term city vision proposal May 22, 2018.

Improved consensus: Coordination of relevant city departments is critical for SITP. Representatives from Quito Metro; Secretary of Mobility; Secretary of Land, Habitat, and Housing; and IMPUQ participated in the visits and activities together and learned about best practices in the region and shared ideas. The visits increased awareness among all participants of key issues for implementing SITP, and increased teamwork and strengthened the coalition to coordinate organizations and integrate policies.

Enhanced connectivity: The exchange improved relations and established a network of leading peer institutions in the region who have tackled similar SITP problems Quito is facing. The beneficiaries received contact information of representatives during visits, and some of these relations have grown and proven useful. For instance, Metro de Santiago in Chile is now advising Metro de Quito.

New and Improved Actions: The knowledge gained in the exchange helped inform creation of the strategic plan for the new IMPUQ institution as well as the institution’s city vision strategy. [1]

“The participants in the exchange learned a lot. Quito got lots of ideas, and the exchange helped foster the city’s [transportation] objectives by bringing key people together,” said Alejandro Hoyos Guerrero, a Transport Specialist with the World Bank who helped organize the exchange.

The activities involved the participation of numerous staff from governments, NGOs, and private companies.  The main participating organization per city included:

The Quito Metro under construction.

[1] The World Bank and the Quito delegation hoped that the new IMPUQ officials would be able to draft a strategic plan for the IMPUQ after the exchange, including structuring, staffing strategy, objectives, and coordination with other institutions. However, this goal was not met in the short term because the mayor requested IMPUQ to focus on preparation of Habitat III, the United Nations Conference on Housing and Sustainable Urban Development, which took place in Quito from October 17 t 20t, 2016. IMPUQ later drafted a long-term city vision strategy presented May 22, 2018.