Establishing e-Government Procurement in Vietnam: A Learning Tour with Chile on the Public-Private Partnership Process 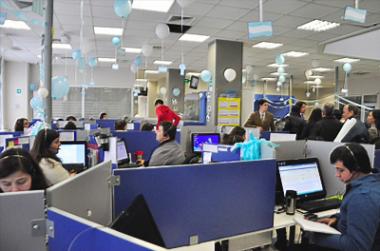 The Government of Vietnam wanted to establish e-government procurement (eGP) using a public-private partnership (PPP) model to improve government transparency.  However, Vietnam lacked the know-how for contracting with service providers who could install the e-system. Additionally there were no adequate regulations in place to govern the system. Chile had initiated a successful e-government procurement system through a public-private partnership, offering Vietnam a tested approach for developing its own action plan.

At the time of the exchange, there was a partial e-government procurement system in place in Vietnam that was brought over and installed by Korean experts but not fully understood by Vietnamese users. The Government of Vietnam recognized that a well-functioning e-government procurement system would improve its transparency and accountability and wanted to replace the old system with a new end-to-end system that handled the entire flow of procurement using a PPP model. Vietnamese public and private stakeholders needed to know the proper procedures for contracting with e-service system providers and have adequate policies and regulations to govern the system. In order to develop an action plan, the Vietnam Government needed concrete guidance from a country that had already been through the process. Initially, Malaysia was identified as a knowledge-providing country but was soon facing its own internal challenges; the Chilean Government was then recommended as having a good practice approach for this challenge.

Malaysia was identified as a potential provider because it had experience with e-government procurement and had similar environmental conditions and geographic proximity to Vietnam. However, just before the agreement was finalized, Malaysian Airline Flight 370 went missing in March 2014. Due to that national crisis, Malaysia was unwilling to allow anyone to study its ICT system. The Malaysian Government recommended Chile, which agreed to do the exchange.

Before the knowledge exchange, the Vietnam delegates sent a questionnaire to their Chilean counterparts. A videoconference was held to confirm that both sides had similar expectations and understanding of the hoped-for results. To give the exchange a sense of urgency, the Vietnam delegates agreed to prepare and meet with a concrete action plan. The study tour took place over five days, June 9-13, 2014, in Chile. The first day involved introductions and presentations on the history, installation, and technical details of Chile’s e-government procurement system, including the involvement of private partners and service providers. On the second day, delegates discussed the system’s organizational structure such as reporting and accountability and interacted with the system from a user’s perspective. The third day involved a field visit to typical system users, offering an opportunity to ask how they use the system, what they think of it, and how it affects their business. The field visit also included a customer service center run by a private entity. The fourth morning was dedicated to the completion of the proposed action plan for Vietnam, which was presented to the Chilean delegates in an afternoon session. The Chilean delegates asked questions and offered feedback about the practicality of the plan. On the fifth day, participants shared their refined action plan based on the questions and comments from the Chilean experts.  The action plan included specific deadlines such as setting a certain number of meetings and coming to agreement on particulars. All of the activities in the action plan have been implemented thus far.

The exchange helped in finalizing the action plan that led to implementation of the following activities:

The World Bank brokered the exchange, helping Vietnam to identify knowledge-providing partners and has promised funding for follow-up activities. The Bank has provided Vietnam in the last few years with two IDF grants to develop a national roadmap to e-government procurement and develop new procurement law. The Bank also provided support to facilitate meetings among the Government team members, and guided developing the implementation plan for the new eGP and its rollout. This knowledge exchange was funded with US$46,976, provided by the South-South Facility.

Due to the solid action plan developed, other funding agencies were interested in supporting certain aspects of the project. USAID financed a circular to guide implementation of e-government procurement in Vietnam. The Vietnamese PPP model needs a lawyer and a financial counselor to help negotiate contracts with PPP partners. Based on the action plan, the Asian Development Bank (ADB) has agreed to fund the needed consultants. All funding has been secured to execute the next steps, except for the World Bank funds.

Knowledge Exchange in the Design and Implementation of eGP System/ TF071093 - Multi Donor Trust Fund for the South-South Experience Exchange between Practitioners, 5/19/2014 to 11/19/2014.
https://epp.worldbank.org/irj/portal/gfr_summary; http://operationsportal2.worldbank.org/wb/opsportal/ttw/about?projId=P151008