Decentralization and Local Government Development Exchange between Tunisia and Turkey 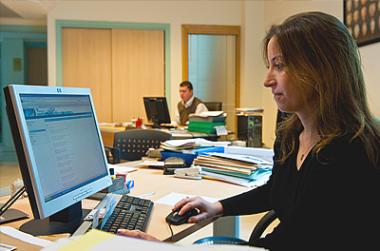 The Government of Tunisia sought to move forward its decentralization agenda in response to citizens’ demands for more accountable, effective, and efficient government. To gain knowledge on how to best operationalize an ambitious agenda for decentralization and local government empowerment, the Government participated in a knowledge exchange with Turkey. It hoped to gain the experience of good practice approaches in shifting from ex ante control to ex post oversight and increasing the efficacy of local government service delivery and management.

The Government of Tunisia recognized the imperative of moving forward on a decentralization agenda in response to its citizens’ demands for more accountable, effective, and efficient government. It had adopted constitutional and legislative reforms aimed at devolving and empowering local governments with autonomy for providing local services according to transparent principles of participation by and accountability to their citizens. Additionally, as part of this decentralization agenda, the Government had committed to placing municipalities at the heart of the country’s development process and specifically to making them more active players in the planning, implementation, and delivery of municipal infrastructure and services.

Among the primary challenges in operationalizing this decentralization reform agenda was Tunisia’s lack of experience with managing the required shift in roles of the national government from control to facilitation and oversight and at the same time increasing the efficacy of local government service delivery and management.

The Government of Tunisia requested World Bank assistance in arranging a knowledge exchange with Turkey to learn from its recent experiences in decentralizing authority and increasing the efficacy of its local governments. Participating in the exchange from Tunisia were decision-makers from each of its key agencies responsible for the decentralization agenda. These included officials from the Ministry of Interior, Tunisian Municipal Development Fund, Ministry of Finance, Ministry of Development Cooperation, National Federation of Local Governments, and local government training center and various local government agencies.

Providing knowledge in Turkey were representatives from central and local government, civil society, and the private sector. Specifically, the exchange consisted  primarily of a study visit in Turkey.  From December 11-17, 2015, participant from Tunisia visited Ankara and Izmir municipalities.  The visit consisted of presentations, discussions, and internal reflection sessions. It also included site visits to see a public-private partnership for municipal solid waste management and to neighborhoods that had been upgraded; these specific sites showed how local governments were implementing service delivery in partnership with the national government and the private sector. Topics covered during the study visit included decentralization, the shifting role of central government, how central government has been providing capacity support to local governments, intergovernmental fiscal transfers, and challenges and achievements associated with inter-municipal coordination.

The exchange was financed by the South-South Knowledge Exchange Facility. The Bank team responsible for the Urban Development and Local Governance program designed the exchange.

Providing knowledge from Turkey were representatives of Ministry of Interior, Ministry of Finance, Economic Policy Research Foundation of Turkey (TEPAV), and local government officials from Ankara and Izmir municipalities.

Since the exchange, participants from Tunisia have shared their experience and the lessons learned with their peers and colleagues in the various ministries responsible for driving the decentralization agenda. Since the exchange was embedded in a larger urban development and local governance program, the World Bank has continued to support the work of the Government of Tunisia, helping build its capacity and integrate the lessons learned from the exchange into the operationalization of the reforms. Among the ongoing activities are programs to support areas such a strengthening public-private partnerships for solid waste management, which is something the participants observed during the exchange.

A full list of participants is included as an attachment, but participating in the exchange Tunisia included representatives of: