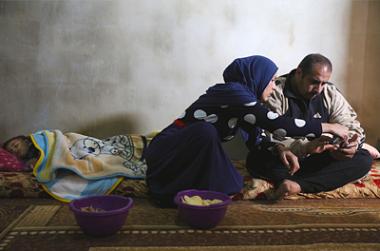 The Government of Lebanon faced a dire environment of unemployment amidst migration of it growing, educated workforce. The Government entered into a knowledge exchange to learn from Chile’s experiences galvanizing multiple stakeholders and developing programs to support an innovation ecosystem that would lead to increased opportunities for entrepreneurship and skills building.

As part of its efforts to diversify its economy, the Government of Lebanon sought to combat high unemployment and significant talent migration among its growing and educated workforce by developing an innovative Internet-based ecosystem that would create jobs and offer incentives for this talent to remain in Lebanon. The Government began plans for a Mobile Internet Ecosystem Project (MIEP).  With its local focus, MIEP was developed to address the growing mobile Internet industry in Lebanon; strengthen startup pipelines; improve competitiveness of the Lebanese ICT sector; and establish a coordination mechanism among the main stakeholders through a Mobile Innovation Hub. In order to better achieve these goals and help catalyze action, Lebanese stakeholders in the new innovation ecosystem needed exposure to different ecosystem models to help them understand some of the challenges and successes.

Chilean participants included representatives of Start-Up Chile (a government-funded program), Berytech (a local incubator and entrepreneurship support facility), universities, entrepreneurs, and other business incubators and innovation stakeholders. The exchange centered around a study visit to Chile on July 20-25, 2015, with the following components:

“Chile’s tech scene is driven by several unique academic, private sector, and government-supported institutions working together towards a shared vision of innovation and entrepreneurship. By better understanding how Chile advanced its startup ecosystem, we can be better equipped to tap Lebanon’s potential as a regional hub of entrepreneurship.” – Boutrous Harb, Minister of Telecommunications, Lebanon

“During the public event I met Layal, from Zoomal. We did a connection and we were able to bring her to FIIS, the International Festival on Social Innovation in Chile.” – Ms. Carolina Rossi, Head, Social Innovation Center at Finis Terrae University, Chile

“I am connected with Bassam and Bilal, the founders of the Maker Community in Lebanon, and hopefully next year (2016) we will start a project together in the area of ICT, skills, and education.” – Macarena Pola, Co-Founder, Santiago Maker-Space, Chile

The exchange was financed by the South-South Knowledge Exchange Facility.

Berytech, a local tech incubator and entrepreneurship support facility was the local implementing partner for the exchange visit. In this capacity, its representatives developed the agenda, promoted the exchange in social media, and reached out to participating stakeholders. In addition to Berytech representatives, the primary knowledge providers during the exchange were:

This exchange allowed Lebanese and Chilean entrepreneurs to learn from one another’s experiences, and created opportunities for future collaborations. Although the Mobile Internet Ecosystem Project was not ratified in Lebanon, the country continues to build its innovation ecosystem. Individual entrepreneurs are utilizing examples observed in Chile to create space for more entrepreneurial endeavors while the Lebanese Government continues to advance its innovation infrastructure development, including communications and positioning strategies, which will help create a more solid country brand that can position Lebanon as a regional innovation hub.

Participating in the exchange visit to Lebanon were representatives of the Government of Lebanon, incubators and accelerators, financial community, innovation and entrepreneurship community, universities, and other partners.