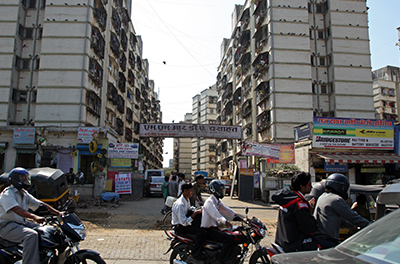 India’s economy grew at a rate of 8 to 9 percent annually over the past decade. This growth has increased the demand for transportation, as well as the need for investment in infrastructure and operation. Creating a strong transport infrastructure is pivotal for social and economic development in India.
However, the country lacks an integrated, sustainable, reliable, and safe transport system. Economic regulation, planning, coordination, promotion, and implementation of transport policies and strategies are needed to achieve such a transport system.
To address these issues, in February 2010 the Government of India formed the high level National Transport Development Policy Committee (NTDPC). The Committee began by working on a National Integrated Transport Strategy. To learn from other countries’ experience in the transport sector, the committee requested the support of the World Bank, identifying specific topics of interest:
The Bank identified South Africa, a country that has successfully revised and updated its transportation system and policies, as an appropriate partner and facilitated a knowledge exchange between the two countries.
The leadership of India’s NTDPC visited South Africa in March 2012. During this study tour, the delegation met, and learned from the experience of, the South African Ministry of Transport and the South African Road Agency.
The Indian delegation presented a report that summarized their learnings to a large group of stakeholders in their home country. This report also served as basis for the Integrated Transport Strategy that was released in 2013.

The Government of India was fully committed to improving the country’s transportation system and formed a high level National Transport Development Policy Committee (NTDPC) to encourage competitive pricing. It also aimed to coordinate alternative modes of transport to provide an integrated and sustainable transport system. The framework that national governments provide for the transport sector largely determines the level of cost and efficiency in transport operations.

The committee was set up in February 2010 and given 18 months to submit its final report. Five working groups were established with a focus on (i) railways; (ii) civil aviation; (iii) roads; (iv) ports and shipping; and (v) urban transport. In framing the key activities, the committee adopted a dual approach involving (a) macroeconomic evaluation of transport demand and (b) a mode-by-mode assessment of future infrastructure and associated services needs.
Committee members included Secretaries of all the Ministries associated with the development of transportation along with leading experts in the field.
Early on, NTDPC started to develop the National Integrated Transport Strategy that would help India build a transport sector that is safe and secure; offers improved public transport as well as improved rural access, infrastructure, and mobility; sparks job creation; and supports environment sustainability.
In turn, the NTDPC reached out to the World Bank for technical assistance; the Bank connected it to South Africa organizations with relevant experience.

The lessons learned during the knowledge exchange between India and South Africa were successfully included into the Integrated Transport Policy document that was released in 2013 by India’s NTDPC.
Key follow-up activities may include (i) converting the compendium of policy papers on selected transportation sub-sectors into a booklet for widespread and easy dissemination to policy makers, practitioners, and the private sector; (ii) undertaking a separate study on inter-modal transport aimed at facilitating efficient coordination of transport; and (iii) identifying key sub-themes for detailed study, focusing on constraints to growth and recommendations with respect to sector policies in India. These sector-specific reports would support policymaking and serve as references for professionals and stakeholders in the respective sub-sector(s).